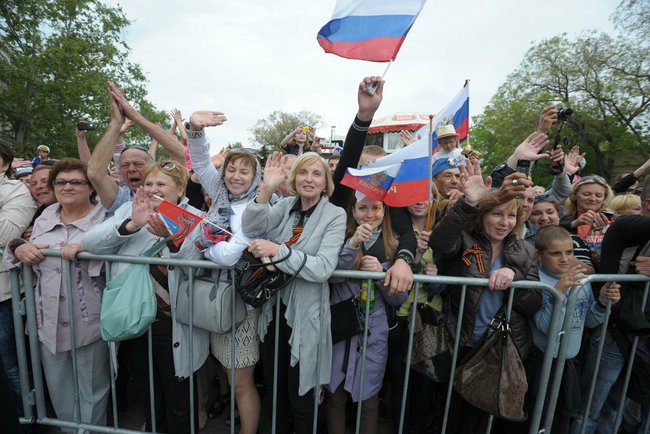 Russia has proven to be a country populated by people committed to its government. Criminal accusations and harsh sanctions  from the European Union and U.S.  have not swayed citizens or caused much of a stir in public opinion. A Levada Center poll shows that 60 percent of Russian citizens  have little concern about the current sanctions being posed on the country. The harsher sanctions are part of an attempt to force President Vladimir Putin towards peaceful ends in Ukraine. Despite knowledge that these actions are likely to cause a crippling effect on Russian economy, citizens still have faith that the country will overcome.

The complacent attitude  towards these sanctions may stem from the country’s unwavering faith in their government. Levada’s poll showed that 82 percent of  Russians do not associate their own country with the Malaysian Airlines Flight 17 crash. The common belief is that the crash was caused by the Ukrainian military. This belief  is a possible result of state-run media. The West claims that Russian news channels have been white-washing the actions of President Putin. Seeing as how the country stands by its government, manipulation of citizens is not implausible. The majority of the nation firmly trusts the accuracy of their state-run media, with only five percent believing Western media to be reliable on the topic of Ukraine.

The firm convictions of  the country may be hard to believe considering the recent actions of Liz Wahl and Sara Firth. Both news anchors resigned from their positions on the Russian News channel, expressing that they were asked to ignore and or alter facts to the public. Wahl stepped down from her post earlier this year, in March, while Firth resigned only last week. Neither anchor was able to continue her work in good conscience while knowing that the station was lying to promote a political agenda. In spite of these direct allegations against the state-run station, Russian news is still trusted amongst citizens. The Russian government shows itself to be heavy-handed in what it allows its citizens to perceive, however, it  may not be the only factor affecting opinions.

Religious leaders may also be able to affect the concern level of Russian citizens towards sanctions. Polls show that 74 percent of  the country believes the nation is in need of orthodoxy. So while the government downplays situations in the news, religious icons have the chance to build up morale in favor of the government. An example of this can be found in Russian Orthodox Bishop and Patriarch of Moscow,  Kirill. At a concert for the 700th birth anniversary of St. Sergius  in Sergiyev Posad, Patriarch Kirill expressed that Russia should not be perceived as a military threat or an aggressor. He went on to thank Putin for his ability to “form common thoughts and ideas uniting people.”

The Patriarch’s words pose no opposition to ideas that have already been implemented by the government. It is the hope of the EU and the U.S. that the sanctions imposed on Russia will create more concern in Putin than it has in citizens. The new sanctions will go after finance, technology, oil supplies and arms sales. Harsher tactics have been taken against Russia not only to ensure responsiveness to seek peace, but to impede Putin’s abilities to fund armed rebel separatists in Ukraine. The effect of the sanctions may not be immediate according to Rand Corp analyst Olga Oliker, but the long-term effects could damage the Russian economy.