Scarlett Johansson Getting Married Next Month? 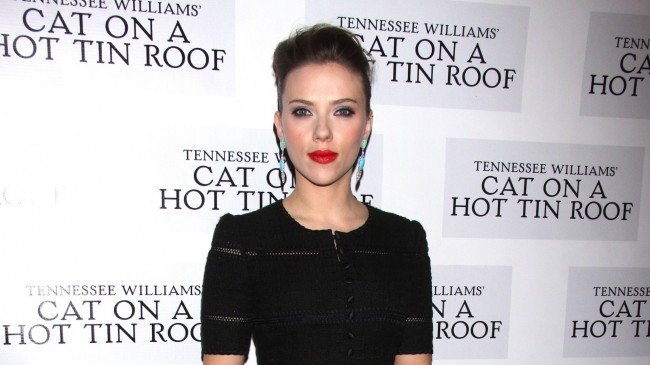 Scarlett Johansson may be getting married next month. The Avengers actress was overheard talking to friends about her plans, and how it was only “four weeks” away. However, there are no confirmations from either the bride- or groom-to-be.

The Other Boleyn Girl actress said yes to her French fiance’s proposal at the start of the year. Shortly after, they found out she was expecting their first child together and it seemed like wedding plans were going to be put on hold. Of course, Johansson is a private person and rarely shares things happening in her life with the public.

The actress and her journalist boyfriend Romain Dauriac never really confirmed that they were engaged. Rumors started when she was spotted with a large diamond ring on her wedding finger while on the red carpet at the Venice Film Festival. The month before this there were speculations that she would never marry again because she said that she never really thought about it.

Johansson was married to Ryan Reynolds from 2008 until 2010. The two separated on friendly terms, and he went on to marry his Green Lantern co-star Blake Lively.

During the January interview, the Black Widow also announced that she was not going to have children any time soon. Just months later she was spotted with a small baby bump and rumors circulated that she and Dauriac were expecting their first child together. Again, it has been something that the two have not confirmed.

Now rumors are circulating that Johansson may be getting married next month. She was at a party in the Hamptons hosted by Martha Stewart.

If the details are true, the question next is where they will get married. The two have spent a lot of time in the Hamptons lately, so there are suggestions that that is where they will tie the knot. It would make sense, since they have been able to see venues and organize the details quietly. However, surprisingly nobody has seen them if they have been organizing wedding details.

Another option for marriage is in Dauriac’s home country, France. While they have a legitimate connection to the country of love, there may be worries that they are just copying the style of Kim Kardashian and Kanye West. They married in France and then moved their celebrations across Europe to Italy.

During the conversation, the Lost In Translation actress stated that there would be no planning. She mentioned how useless she is at planning and that it would be best for her to wing it. This does suggest that the conversation may have been in jest, and that the talk of marrying in “four weeks” was misheard. Maybe she was stating that she could marry in four weeks without planning because she is useless at it.

For now, eyes will be on the celebrity couple to see if they are getting married. They may decide to do a small ceremony just for close family and friends to suit their private life together. Will Johansson get married next month?