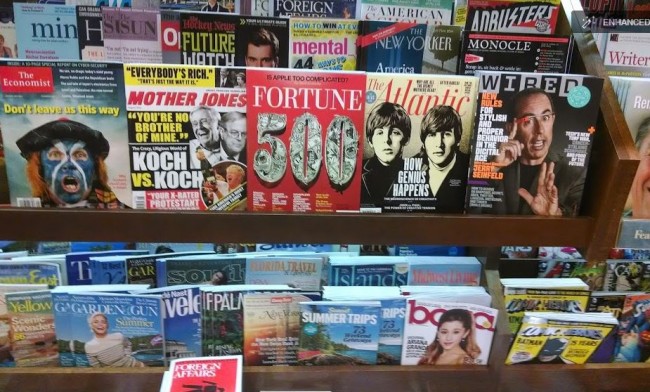 The Daily US News Digest from Guardian Liberty Voice for July 11, 2014 begins with a case of strange bedfellows, as Bill Gates, Warren Buffett and Sheldon Adelson….three men who would otherwise never be caught dead together anywhere else….joined forces in a New York Times OP-Ed piece to chide Congress for immigration reform inaction. A Florida Judge has assigned the Florida Legislature a penalty homework assignment: redraw the districts that the Republican-controlled legislature had Gerrymandered to favor Republican candidates in upcoming elections. President Obama gets chastised for cutting the line at a renowned Texas barbecue joint, while Texas Governor Rick Perry continues to ride Obama for not visiting the border, and not doing anything about the illegal immigrant children flooding into the country. Chinese hackers have been dumpster-diving in the databases of the Office of Personnel Management, where confidential information about everyone who works for the government is kept, while the US sends out draft notices to men who have been dead in some cases for more than 100 years.

Bill Gates, Warren Buffet, and Sheldon Adelson are accustomed to being US news items, but not together. The first, second and eighth wealthiest people in America do not agree on many things. Gates and Buffett are known Democratic Party contributors who have both given advice to the Democratic president on technical and financial issues. Sheldon Adelson is a Las Vegas casino operator who is a Republican party cash cow and one man pro-Israel lobby. A former Democrat, Adelson switched parties specifically because he believed that the Republican party has a better record on support for Israel than the Democrats do.

Yesterday, all three men signed a New York Times Op-Ed article – the Times’ version of a guest editorial – urging Congress to fix the country’s broken immigration policies. One thing all three men can agree on is that it is criminally insane for the United States to accept foreign students into its colleges and universities, give them a first class education, and then deport them when they try to stay in the United States. There are many more foreign students graduating from U.S. schools each year who want to stay here than the US has H-1B visas for – because the number set by Congress has not been increased in decades. Unable to obtain the treasured “work permits,” many have gone home to populate companies in their home countries that now compete against American companies who were not permitted to hire them.

Florida Judge Sends Gerrymandering Republicans Back to the Drawing Board

Florida circuit Judge Terry Lewis has told Florida’s Republican controlled state Legislature to go back to the drawing board and re-draw the Congressional districts that the Legislature had drawn up in 2012. The 41 page ruling was based on the “Fair Districts” amendment to the state constitution. Adopted in 2012, the Fair Districts amendment prohibits the legislature from revamping districts to favor a specific candidate or political party. This practice, called Gerrymandering after an early 19th Century Massachusetts governor who frequently indulged in the practice.

Often and incorrectly written with a lower case “G,” the term is actually a proper noun but, no matter how it is written, Gerrymandering is the specific reason that Republicans now control a commanding majority in the U.S. House of Representatives, but have not been able to capture the Senate from the current Democratic majority. House seats are voted upon by the residents in each representative’s district, and Gerrymandering makes it possible to insure that a majority of those seats will remain in Republican hands. Senate seats, however, are at large seats and are awarded on the basis of the majority vote across all the districts in the state, rendering Gerrymandering irrelevant in Senate races.

The ruling will be appealed and it is not expected to affect the 2014 by-election races, but this small US news item could have a major impact on 2016 election since Florida has been the tipping point in the last four presidential contests and may very well decide the 2016 election. There are also “Fair Districts” laws under appeal in several other Republican-controlled states, making the ultimate outcome of the Florida case a potential precedent for other jurisdictions.

Texas is enemy territory for President Obama and he knows it. Texas Governor Rick Perry has been dogging Obama for weeks over the handling of the “crisis” of unescorted immigrant children who are not being deported quickly enough to suit the Lone Star State, but that does not mean that the president of the United States should not be allowed to grab a plate of ribs when he happens to be in town. On the other hand, the president of the United States really cannot spend five hours standing on line, as customers often do at Franklin Barbecue, waiting for his ribs because he has other things to do….such as figuring out what to do about the undocumented children being brought across the border. Presidential Tip: The next time the president is hankering for ribs, try Red Bones in Somerville, Massachusetts. The ribs are fantastic, the wait is never longer than an hour or two, and it is a Democratic state.

Texas Governor Rick Perry is still hopping mad about President Obama’s failure to visit the border with Mexico to see first hand the extent of the illegal immigration problem. The president’s advisors were dead set against such a visit. The president of the United States just cannot look good while telling abandoned children that they have to go back across the border to a country where they do not live, have no relatives, and where they are not wanted.

Perry has Obama between a rock and a hard place, because the president of the United States has no role in sending unwanted children back to Mexico. On the contrary, the responsibility for indigent and abandoned children in the United States falls upon the states, not the federal government, but Perry has fastened on this issue as a stalking horse with which to make himself visible as a presidential detractor on an issue about which the president’s hands are tied. While it is the federal government’s job to protect the borders, and it is also federal government’s job to deport the aliens among us, that only works when you have a place to deport those people to. The U.S. Border Patrol and the Immigration and Customs Enforcement service cannot deport children if they do not know where the children came from or who they actually are. Estimates indicate that more than 57,000 unaccompanied children have been smuggled into the US since October of 2013 alone.

If trending US news stories like this one are any indication, immigration is shaping up to THE issue for the 2014 campaign, but the early evidence is that the immigration argument is all sharp edges. Neither party has distinguished itself with an immigration reform policy that makes sense and none seems likely to emerge between now and the 2014 election. The bad news for Governor Perry is that there was never any point in bringing the president to the border to show him the scope of the immigration problem. The snakeheads and the coyotes – the entrepreneurs who are bringing these kids into the country – do not operate in broad daylight and the Secret Service is not going to allow the president to skulk around the border crossings in the middle of the night.

Chinese hackers have left footprints in the databases of the Office of Personnel Management, the federal agency responsible for managing all of the personnel data for federal employees, which specifically includes a system through which federal employees apply for security clearances. A White House spokesperson confirmed that personally identifiable information, including financial information, was compromised, according to an Associated Press report. The most interesting part of this story is that the actual hack took place in March, but it wasn’t reported until today. A Homeland Security spokesperson indicated that the security hole had been plugged and that there was no further risk…but the breach took place before the recent Microsoft Internet Explorer security hole was identified, which suggests that the company’s troubled web browser might have had something to do with the way the Chinese hackers made entry.

It came as a complete surprised to many people in the Pennsylvania area, when they started receiving draft notices for family members who were born before 1900. In the present day world of an all-volunteer military, it came as an even bigger surprise to some people that the Selective Service System even exists at all any more. That realization was driven home when 14,250 notices were sent out to male US citizens by birth who were reaching 18 years of age, the age when it is mandatory that all American men register for Selective Service. Male immigrants are required to register between the ages of 18 and 25. The registration reminder notice was inadvertently sent out to a group of men who were born between 1893 and 1897, Most of the registration notices were returned to sender but, in a few cases, the notices were received by the descendants of the addressee, leaving the impression that Chinese hackers are better at reading American data files than Selective Service employees.