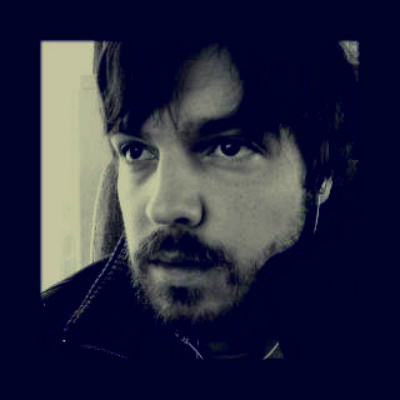 So much of music today is hyper-produced, packaged and shipped out on tight deadlines, seemingly at the drop of a hat, if the right person makes the right move from a business standpoint. When considering this reality, it is immensely refreshing to come across independent artists that are able to crank out the type of music they want, at the quantity they want. With his self-titled album, Aaron Cooper has released 12 songs of authentic, vocal-driven folk music.

Cooper’s smooth, casual and welcoming vocal lines lend a charmingly cordial tone to the album. Another aspect of Cooper’s craft that the listener can distinguish as early as “She’s Gotta Hit The Road” is the purposeful use of downgraded tone in the pickup of his vocals. This technique is an admittedly creative approach, for a number of reasons.

The first is that most artists, when presented with the endless features available to them in a 21st century studio, would cave in to the convenience of using top-notch production, instead of reconsidering what a different approach might yield for the merit of their creativity and their individuality as an artist. The second is that this recording feature allows Cooper’s songs to sound like they could have come from an earlier era – something reminiscent of Civil War years, or perhaps earlier.

Cooper tracked this release at home with an 8-track recorder, standing only as a benefit to this type of music. Aside from his acoustic guitar and vocals, Cooper occasionally brings in other vocal layers and assorted instruments to add to the genuine spirit of his songs. They carry a lighthearted energy with them, drawing a mental picture of a group of friends whisking the hours away on a lazy summer afternoon.

Many of Cooper’s tracks on his self-titled album have a straightforward, bounce-like rhythm that is readily indicative of the type of music he is playing. All songs on the self-titled release are less than three minutes, which keeps the album moving along very quickly.

“Clown” is one of the catchier songs on the album, stirring up melodies with completely fun-loving energy. This track is also a solid representation of Cooper’s comprehension of blues chord progression and structure, as “Clown” stays rooted in a pattern that has built up many well-loved blues and rock songs over the years.

The disarmingly innocent articulations that Cooper accomplishes on this release are easy to appreciate, and would effortlessly find a home in the collection of any fan of folk, indie or singer-songwriter music. Just as wine improves with time, the songs on Cooper’s self-titled album only get better the further along they go.

Since Cooper’s songs are so brief, this influences the listener with the desire to go back and start from the beginning as soon as the album is over. Regardless of the genre, artists will occasionally write mind-numbingly long songs, but Cooper wisely avoids this avenue by keeping his songs short and sweet.

Cooper swiftly takes the listener by surprise as “Dreadful Red #2” pops up toward the end of the album, kicking in with a much faster tempo. The background percussion on this track is the perfect addition to the mood of the song.

Cooper also takes a very interesting approach with his tracks titled “Round Two” and “Round Three.” These are tracks on the album signifying individual stages of the release, and they are entertainingly performed solely with guitar and what can essentially be called scat singing. Cooper throws his own twist and personality into these tracks, and it allows his music to be appreciated in a much more original light.

On the closing track, “Song About Birds #2: Dead Baby Bird,” Cooper presents his lyrical content with surprisingly dark humor. His lyrical lines on this song are perhaps the final touch he considered when composing what seems to be an album that runs the gamut of emotion.

When looking at Aaron Cooper’s self-titled album from a bird’s eye view, it is worth picking up. The uncommon choices in production, easygoing and lighthearted nature of the music and grab-bag style lyrics make this release an entertaining ride. Download a copy for free on Aaron Cooper’s Bandcamp below.