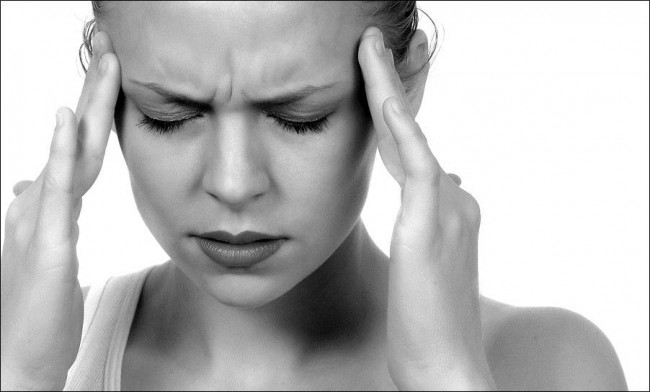 A new study has found that cosmetic eye surgery may bring relief for chronic migraines. As many as 45 million Americans suffer from migraines. The search for symptom relief has some doctors turning from traditional therapies and drugs to minor surgeries. Relieving pressure on nerves at certain trigger points may alleviate the painful condition.

A small, controversial study claims that it achieved positive results with blepharoplasty, incisions in the upper eyelid which deactivate trigger nerves and also provide an eyelid lift. Dr. Oren Tessler, an assistant professor of clinical surgery at the Lousiana State University Health Sciences Center in New Orleans and co-author of the study states,” You release the nerve and you remove the irritation.” By cutting some nerves in the eyelid through a common cosmetic procedure, surgeons can lessen the symptoms of and number of migraines. Patients need to be chosen carefully as the procedure only works on migraines caused by the compression of nerves as they exit the skull.

Migraines are a debilitating form of headache. Not only do patients experience excruciating pain, but sensitivity to light, noise and odors increase the discomfort. In addition, migraines often cause nausea or stomach upset. People may feel overly hot or cold as if they have a fever, though it is rare to actually develop a fever. Another telltale sign is seeing auras, either flashing lights or dark spots.

Migraines typically last 72 hours and progress through four stages. A few hours before the pain begins a person may experience unusual tiredness, thirst, or restlessness. People plagued with migraines often know when one is starting due to unique pre-migraine symptoms. Next comes the aura stage with changes in vision and difficulty concentrating. Some people experience a tingling sensation that spreads across the body. Then the attack phase commences with intensifying pain that starts behind the eyes. The throbbing pain may affect one side of the brain or the entire head and even the face and neck. Sensitivity to stimulus and nausea accompany the pain. After the main attack ends, people may feel tired and sluggish and have lingering flashes of pain that worsen with activity.

The symptoms of migraines cause a loss of productivity. People miss work, limit activity and even avoid time with friends and family. When diagnosing migraines doctors often calculate a patient’s headache burden. This is the number of days one’s normal pursuits are curtailed due to headache pain. Estimates put the cost to employers at $13 billion as employees miss as many as 113 work days due to migraines. $50 billion is spent each year in the United States trying to combat migraines, understand the causes, and alleviate the symptoms. Now, a new study shows that cosmetic eye surgery may relieve chronic migraines.

Medical researchers believe migraines are caused by unusual nerve activity or blood flow in the brain. However, one exact cause or trigger has not been identified which makes treatment difficult. A therapy that works for one patient may not work for another. Surgery can be an option for people who have exhausted other avenues. Surgery for migraines was first developed in Cleveland by plastic surgeon Bahman Guyuron, MD. He used an endoscope near the scalp to alleviate pressure on craniofacial nerves that can trigger migraines. His theory was supported by the relief that Botox treatments often provide to migraine sufferers.

The team of researchers from Massachusetts General Hospital led by William G. Austen, Jr. MD, have found an easier and less expensive way to isolate and deactivate trigger nerves in the face. They focused on the area around the eyes where many migraines begin. They used open incisions common in many cosmetic procedures. According to their study, all 35 patients who underwent blepharoplasty reported improvement of symptoms. Migraines were eliminated in 51.3 percent of the subjects with most of the rest experiencing at least an 80 percent reduction in symptoms.

The study looked at a very small sample of migraine patients with specific patterns of symptoms. It is important to note there was no control group to study the placebo effect of surgery. This causes some in the medical field to dismiss this particular study and refuse to consider cosmetic surgery as an option for their patients. Although more research needs to be completed to confirm the results of the study, people who suffer from migraines say any treatment for this debilitating and expensive disease needs to be explored.

Those who suffer from chronic migraines are desperate for relief and a return to ordinary life. The intense pain and other symptoms cause a loss of income and productivity. It can also affect family life. If people can treat their symptoms through plastic surgery, and get an eye lift in the bargain, they feel should have access to the procedure, but first, the results of this study must be reproduced to prove its viability. Cosmetic eye surgery may relieve chronic migraines and drastically improve lives, and sufferers look forward to the research being replicated as soon as possible.