Edward Snowden gets three more years of residency in Russia. A normal three year visa comes with the requirement that a foreign national may reside in Russia only 180 days of a calendar year, and not more than 90 days consecutively. But special allowances are granted for situations like Snowden’s, and his plight comes with great timing: Russia is doing everything possible to punish the U.S. for economic sanctions levied in response to Russia’s support of rebel fighters in Ukraine.

Russian attorney, Anatoly Kucherena, announced the news to reporters on Thursday, and said that his American client, Edward Snowden, might be offered Russian citizenship eventually. Convicted spy Anna Chapmen, returned to Russia in a prisoner swap, had offered to marry Snowden soon after his initial arrival. Snowden has made no comment on the marriage offer, which many took as a publicity stunt by Chapman. Marriage to a Russian citizen does nothing to confer citizenship, but can help applicants move forward in the residency process. Normal requirements for permanent residence in Russia include the ability to speak and understand the language, and a foreign national cannot take a job that could be performed by a Russian citizen.

Snowden is sought by the U.S. for leaking details about the NSA (National Security Agency) civilian surveillance programs. Last year Snowden was granted one year of temporary asylum, but that expired on August 1. Snowden’s attorney Kucherena has ties to the Kremlin and sits on the quasi-official Public Chamber as an advisor to President Putin. Kucherena represents Snowden pro bono, and told reporters that the extension was not a formal political asylum, but an extension of legal residency. 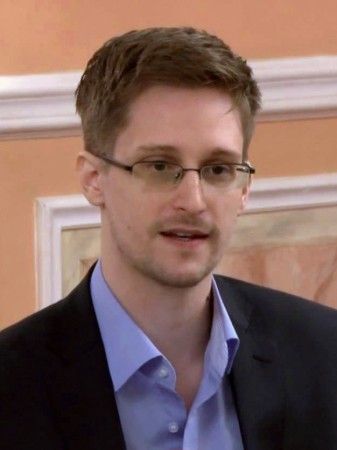 Any status allowing Snowden to remain a permanent resident of Russia would need to be considered separately, Kucherena told reporters. Snowden was stranded last year in Moscow’s Sheremetyevo International Airport (IATA: SVO) while transiting from Hong Kong to Cuba. He spent five weeks in the airport before being granted temporary asylum by Russian president Vladimir Putin.

During his residency in Russia, Snowden has generally steered clear of American media but has given interviews to several European news organizations. His lawyer says that Snowden is working in Russia, but gave little details about his work.

Should Snowden return to the U.S., he would face up to 30 years in prison for espionage charges. Russia and Washington do not have an extradition treaty, and given the state of relations between the two countries, most experts agree that there is little chance of Moscow agreeing to an extradition.

In the U.S., Snowden is either a hero or a villain. Some praise him for exposing NSA programs that spy on ordinary American citizens. They point out that without Snowden’s revelations, NSA would have remained unchecked and largely unregulated. Others, concerned with terrorism, say there is no real assault on the Constitution, and brand Snowden as someone who is guilty of treason.

In Russia, Edward Snowden is somewhat of a pop hero, especially among younger Russians. As to the sultry Russian spy who proposed marriage to Snowden via a Twitter message, Anna Chapman may have been serious. She refuses to answer questions about the proposal, and in fact, abruptly ended a television interview being recorded with Richard Engel of NBC when he tried to broach the subject.

Edward Snowden gets three more years, but his pro bono attorney wants more out of the deal. Recently Kucherena told the Interfax news agency that someday he plans to publish a novel, based on elements of the Snowden case. He also told the news service that American movie producer Oliver Stone has purchased the rights to the book.