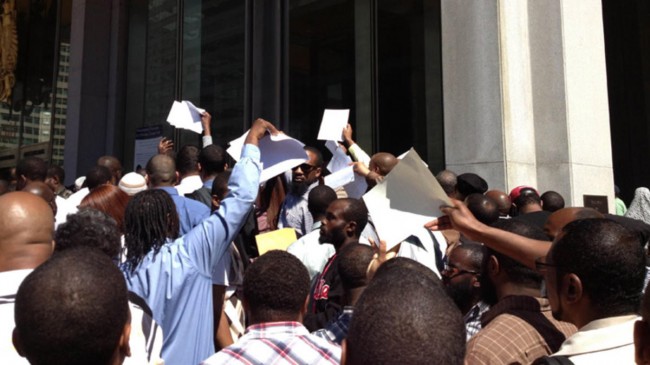 When seeking employment job seekers need to understand that many opportunities are hidden from more traditional search techniques. Experts in the field claim that at least half of the jobs filled in a given period are part of what has become known as the “hidden job market.” Some claim the number of employment opportunities in this category is as high as 85 percent of the total number of jobs filled at any given point. Studies have also shown that the jobs obtained outside of traditional job searches also have a higher salary range, and that those who gain employment through these methods are happier in their professional lives. There are several reasons these jobs are not posted on job boards and several techniques job hunters can use to find these jobs.

Many jobs do not make it to job boards because the sheer volume of responses posting the notification would generate. In some cases the number of unqualified applicants that would be generated from a posting can be so high that it slows down, rather than expedite, the process of filling the position. Another reason employment opportunities do not find their way to boards is that often jobs cannot be publicly announced, either because an employer needs to keep its hiring and firing activity hidden from its competitors, or because announcement of the opening could cause internal turmoil, as when a position is being filled to replace an existing employee. There are also many instances where the perfect candidate is found right as a need is identified or funding for a position is obtained.

When at least half of a given job market is distinctly separate from job boards, job seekers must find new ways to locate and capitalize on these hidden employment opportunities. Much of this boils down to effective networking techniques. Most experts encourage job seekers to constantly ask for new introductions in order to consistently broaden their social networks. Each person added to their social network provides an employment seeker with a new source of information about industry trends, jargon, and opportunities that they might not have had before. This philosophy is very much based on the idea that the secret to success is not what one knows, but who one knows. In the current market, LinkedIn is referred to regularly as an important tool when seeking employment. Experts also advise that networking should continue even after a job has been landed, and to regularly contact members of their social networks with anything from questions about industry topics to news items they might be interested in so those relationships can be strengthened.

The ultimate goal of a successful job hunt, aside from employment itself, is making contact with decision makers. Experts emphasize that the number of resumes submitted is far less important than the number of people a job seeker engages with. While a good resume is important, a conversation, interview, or correspondence with a decision maker has a much more lasting effect in a job search. Resumes alone are easily disregarded but a personal reference or introduction by a colleague is not. This also makes the prospect of temporary and contract employment very useful. Even though the salary for one of these roles may be significantly lower than a permanent role, it provides direct access to decision makers within a company and industry that a job seeker can capitalize on down the road. Even if a contract job does not turn into a role with the same company, each contract job will introduce a job seeker to new colleagues and decision makers to network with.

The hidden employment market has existed for a very long time and job seekers from every era have learned to capitalize on it. As technology makes job boards and postings more readily available to the public it is those who take initiative beyond the easily accessible that continue to impress employers. The job hunters who recognize this will be much more successful and be less concerned about employment statistics and corporate layoffs because they understand the process and have developed the networks necessary to ensure they can find a new job quickly when the need arises.