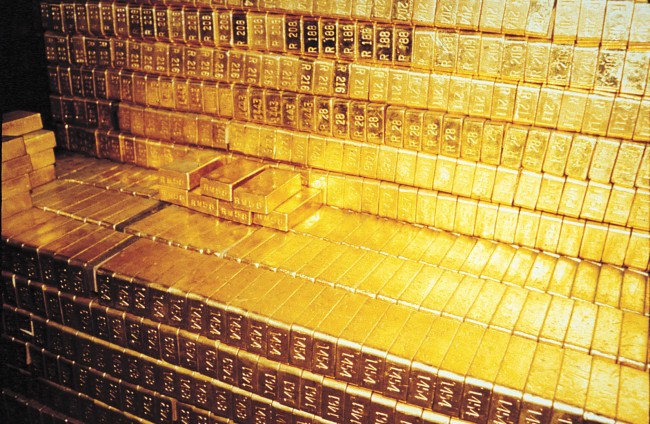 Gold prices are undergoing a change, falling on the market in the U.S. as a worldwide flux sees operations and legislation coming and going. Many factors are being pointed to as primary reason for the market tumble, and some states are using the confusion as an opportunity to step towards a precious metal-over-dollar economic structure. That would effectively pull local economies away from government control and make them independently able to sustain infrastructure. This gold standard, as it is called, is already passed or in consideration by much of the U.S.

Meanwhile, another government is attempting to end the rush of destruction that has befallen their country. Peru has had years of entrepreneurial tourism ravish jungle landscapes, dig up plots of land, then leave without doing anything to restore trees and plants, all in the name of mining. The government, which had been lax on mining operations, is launching their campaign to save Amazon rainforest. Antonio Fernandez, serving as a prosecutor for environmental crimes, noted the heavy damage done to the land, and said their response will contain “the same amount of force.”

This is all happening within the southeastern Madre De Dios region of Peru, where some 40,000 illegal miners have come into lands and lain waste to over 120,000 acres of Amazon forest. Liquid mercury, used in the mining process, is also a danger as it is often vaporized into the air after use. Some dump huge amounts into the water as well, totaling an estimated 30 to 40 tons of hazardous waste that comes through Peru waterways. The government’s tactics have ranged from halting fuel transfers and cutting off miners to dynamiting their bases of operation.

In the States, legal, circulated currency may yet be undergoing a gold change. Oklahoma, after bipartisan support in the state Senate, signed legislation into law that made gold and silver legal currency within their borders. The precious metals are not replacing the dollar outright, but have now become an option of legal tender, and Oklahoma is not the only state doing so. Utah has a law that also exempts the metals from capital gains taxes with Arizona, Texas, South Carolina and Kansas also looking into similar moves. On one end of the extreme, some have even called for the end of the Federal Reserve and a move away from paper money all together, replacing with a national network of bullion and precious metals.

This possible change comes at a time when a Federal Reserve announcement has gold in a state of flux in the market. During their July meeting, the last Federal Open Market Committee brought the possibility of interest-rate increases happening sooner than expected. That almost instantly brought a 3 percent fall in gold futures with immediate delivery falling .5 percent to $1,288.99 an ounce. The settling price, which was the lowest since Aug. 6, ended at $1,288.01 per ounce. A chief economist at OppenheimerFunds Inc. Jerry Webman warned that the “hawkish voices of the Fed are growing louder,” as the economy picks up traction, simultaneously strengthening the U.S. economy and leading to the oncoming possibility of higher interest rates within the gold market.