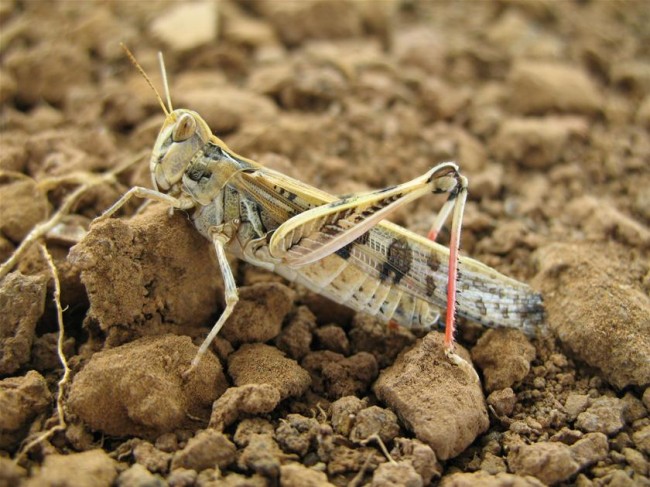 On Thursday, August 28, a plague of locusts blanketed the skies above Antananarivo, Madagascar, turning them dark, in the latest onslaught in a two-year-war that the population of Madagascar has fought against these relentless insects. Out of desperation, the city of Antananarivo has called upon the United Nations to help them come up with a solution to combat the locust invasion.

Patrice Talla Takoukam, a representative of the Food and Agriculture Organization (FAO), is asking the United Nations for a minimum of $15 million, spread out over the next three years, in an effort to end the problems that the locusts pose to the local economy. The FAO has estimated that the incomes of 13 million people in Madagascar have been adversely affected by the insects.

Antananarivo, Madagascar’s capital city, has a population that has been estimated at 2.1 million. The swarming locusts in the metropolitan city have cause traffic to slow to a crawl, and clouds of the insects have made visibility low, blotting out the sun. Also, there are fears that the locusts will lead to food shortages, as it takes a swarm of the insects just a few hours to destroy an entire field of crops.

The locusts have been attracted to Antananarivo, in part, because of a heat wave that has been sweeping across Madagascar. The locusts have always been in Madagascar, but spread out over a larger, rural, area. The heat wave has attracted the flying pests to the island country’s capital by the millions. The current plague of locusts began a bit over two years ago, in April 2012 and shows no signs of abating.

In the months which followed April, with no relief in sight, in November of 2013 a national disaster declaration was issued for Madagascar by the FAO. Then, in September 2013, the government of Madagascar proposed a three-year emergency plan to deal with the locusts. The locusts were threatening the food security of nearly 60 percent of the population of Madagascar, constituting more than 13 million people, so a pesticide campaign was initiated to eradicate the flying insects.

Despite the clouds of locusts swarming in the skies above Madagascar’s capital city of Antananarivo, at least some headway has been made in dealing with the two-year-long plague of locusts. The FAO and Madagascar’s government have managed to control the locusts in more than 4,600 square miles of farm land. Madagascar’s emergency plan is not cheap, though. By the time it is scheduled to conclude, in 2016, the estimated cost could be greater than $41 million.

Another health risk that the locusts pose is that many residents enjoy consuming the insects despite having been informed, according to FAO spokesman, Patrice Talla Takoukam, that they should “not eat the locusts because we are already using pesticides to treat them.” It is dangerous for the populace to eat the pesticide-contaminated locust that they catch in plastic water bottles, but many people are not heeding the warnings and are still eating them.

The plague of locusts that blanketed and darkened the skies above Antananarivo, Madagascar, on Thursday, August 28, will take some serious additional funding to eradicate. Another $15 million, over and beyond the 415 million that has been requested from the United Nations, may be needed to get the plague under some degree of control. Without the additional funding, Patrice Talla Takoukam fears that Madagascar will “continue to have invasions like we have in the past two years.” Though some headway has been made in Madagascar’s war against the locusts which plague the country, the insects continue to pose major economic problems for the island country.