Over One-Third of Knee Replacements Are Inappropriate, Research Says 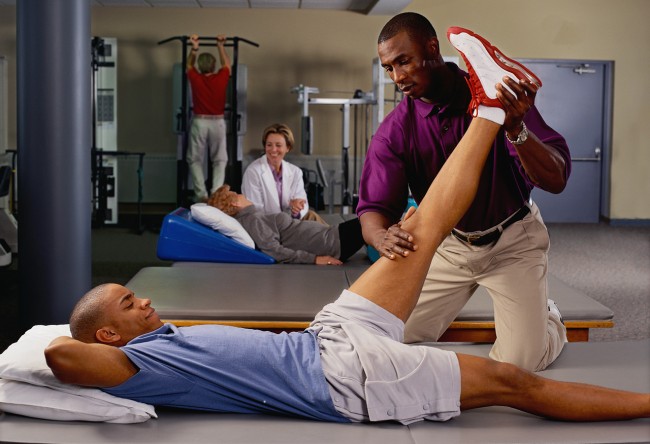 Over 600,000 knee replacements are performed in the U.S. each year, according to the American Academy of Orthopaedic Surgeons, and most are caused from knee pain due to osteoarthritis (“wear and tear”), rheumatoid arthritis (inflammation), or post-traumatic arthritis (serious acute injury). Among that number, about one-third of knee replacements are classified as “inappropriate” based on a patient classification system developed and validated in Spain, according to a recent research published in Arthritis & Rheumatology.

Dr. Daniel Riddle from the Department of Physical Therapy at Virginia Commonwealth University in Richmond led the study, and examined several criteria that are used to determine if a patient is qualified to receive a knee replacement surgery. On Science Daily, he said that their study may be the first in the U.S. to “compare validated criteria of appropriateness with real-life cases of knee replacements.”

After the data from 205 patients was collected and analyzed, researchers found that 34 percent of the surgeries were deemed “inappropriate,” 22 percent were “inconclusive,” and 44 percent were “appropriate.” About 60 percent of the group was female and the average age of the patients was 67 years. Riddle and his colleagues found that the inappropriateness of knee replacement surgery was higher than expected and was linked to further knee pain and loss of function. A “patient selection criteria” should be implemented in the U.S., said Riddle.

With over one-third of knee replacements being considered inappropriate, some cases of knee pain should be treated with a much less invasive and more economic approach. A study that was published last year in The New England Journal of Medicine showed that proper physical therapy can be just as effective and beneficial as surgery among patients with meniscal tear or osteoarthritis.

Among 351 men and women with symptoms of meniscal tear and mild-to-moderate osteoarthritis, half of them were randomly assigned to receive six weeks of physical therapy that focused on decreasing inflammation, strengthening muscles that move and support the knee and improving the joint’s range of motion. The other half underwent a type of knee surgery called arthroscopic partial meniscetomy, which involves removing unstable pieces of the meniscus and smoothing the bony edges. This group also received the same physical therapy program as the first group.

The researchers followed up with the patients at six and 12 months and found no difference in improvements between both groups. However, only one-third of those who received physical therapy “crossed over” during the study and had surgery.

For some people with mild-to-moderate knee conditions, physical therapy may be the first line of defense to treat pain and improve function without resorting to surgery. Shopping for a qualified physical therapist is no different than shopping for a medical physician or dentist.

“There are also clues to look for in a therapist’s credentials,” suggested Jonathan Fass, DPT, in an online interview with Guardian Liberty Voice, who is a private physical therapist for HRH Prince Alwaleed bin Talal. “Is he or she a clinical specialist in orthopedics (OCS) or sports (SCS)? Have they achieved advanced certification in manual therapy approaches (e.g. COMT, MTC or FAAOMPT) or any other approach that would indicate a commitment to specific coursework? These can also be helpful to look for.”

“Physical therapists may have clinical doctorates (DPT) or even possibly research doctorates (PhD) as well. None of these things are required, and it is never a guarantee that more letters behind a person’s name means better treatment. The fact is, for most issues, such as ‘typical’ shoulder pain, low back pain or knee pain, most therapists are going to do a good job and can help you to feel better, usually very quickly, too. If you feel lost, a good place to turn may be an orthopedic physician’s office. Good therapists often build strong relationships with orthopedic surgeons, who trust their patients with that therapist. This can also be a very good indicator of a therapist’s quality of work.”

Having one set of research that states one-third of knee replacements are “inappropriate” may not necessarily mean that it is absolute truth. However, physicians and surgeons should provide valid, non-invasive approaches, such as physical therapy, to patients with mild or moderate conditions. The decision to have surgery or not would depend on each individual’s condition, health, fitness and choice. “When a surgeon tells a patient, ‘This is the PT to see,’ it’s a good idea to take the advice,” said Fass.

Over One-Third of Knee Replacements Are Inappropriate, Research Says added by Nick Ng on August 13, 2014
View all posts by Nick Ng →