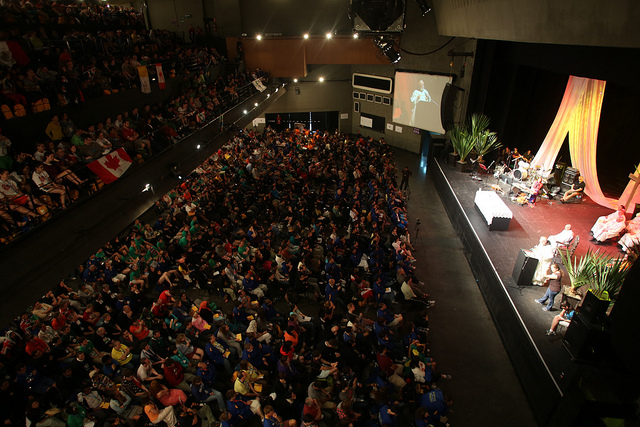 Pope Francis is being asked by former sex slaves to meet with them and help heal the emotional scars that are more than 70 years old. The Korean women hope to meet with the Pope and that he will help ease their pain before they pass away. The women were captured by the Japanese military and forced into Japanese military brothels seven decades ago.

Many of the women were Korean, although some were also Chinese. The women were shipped away from their homes and faced unspeakable cruelty. Women forced into the sex slave were registered as official victims of the Japanese military and Japan has apologized several times and offered some monetary compensation, but the victims feel they deserve more. Lee Yong-soo, one of the many women captured by Japanese soldiers and forced into prostitution, hopes that the Pope will meet with her and the other women who suffered the same.

Lee, 86, a devout Catholic who was forced into the sex slavery at just 15-years-old, said “If we do get a chance to speak with him, I want to cling to him in tears and ask him to help us resolve our pain.” Additionally, Lee and the other former sex slaves who have asked to meet with Pope Francis hope he will help them “end this problem in a peaceful way.”

Victims who are hopeful that the Pope can help them heal from the atrocities are scared that time is running out for them, as all are nearly 90-years-old and do not have much longer to live. Lee and two other former slaves will sit on the front row at the last Mass of the Pope’s five-day visit to South Korea. They plan to give the Pope a picture that represents the victims who have died. The picture is of a young Korean women in traditional clothing.

According to Seoul’s Ministry of Gender Equality and Family website, there are only 55 remaining victims out of the 238 women registered as official victims of sexual slavery by the Japanese military, but the number of women is estimated to be much higher. Historians estimate that the number of women forced into prostitution by Japanese soldiers was anywhere from 20,000 to 200,000.

The survivors hope that the Pope can help bring international attention to the situation, as they push for Japan to apologize again and compensate them for their suffering. Japan has apologized several times and made private attempts to compensate the victims over the past 70 years, but there are people who do not feel that past attempts have been enough. The victims are hoping the Pope can help raise international attention, so a peaceful resolution can be reached.

The Vatican spokesperson, Reverend Frederico Lombardi, stated that Pope Francis may meet with the victims in private, as he recently met with the families of victims who lost their lives in the Seoul ferry accident. However, Lomarbi stated that it is not the Pope’s responsibility to get involved with political matters and he, therefore, would probably not get publicly involved. Instead, Pope Francis may meet with the former sex slaves in private, as they have asked to offer them his support and try to help them overcome the pain they suffered so long.