Research Reports When a Person Moves, Takes All His or Her Bacteria Along 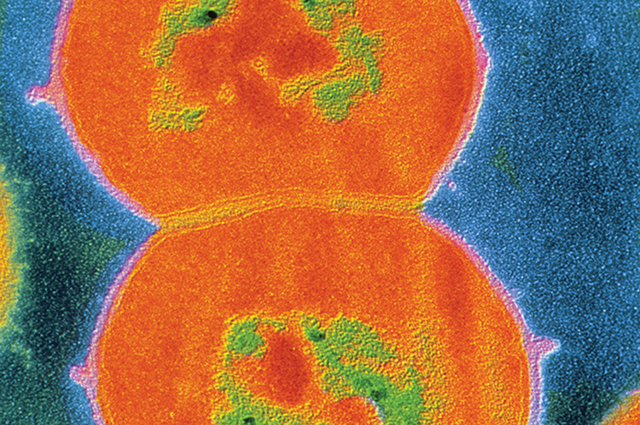 A new research study is reporting that when a person moves from one house to another, that individual takes all his or her bacteria along with them. In fact an entire family eco-system of bother outer and inner microbes’ stake claim to places such as hotel rooms within only a few hours.

An individual’s bacterial signature is so distinctive and so tenacious; it could even be used in criminological investigations and might even become more valuable to law enforcement than fingerprints. It is possible that eventually the exact same research that may hunt down serial killers might also aid people in raising healthier children.

The research report tested seven different families as they relocated from one home to another. Microbiologists discovered that bacteria move from people’s bodies to their living spaces at amazing speeds.

Jack Gilbert, an environmental microbiologist at the Argonne Laboratory and one of the co-authors of the research report explained how everybody believes hotels are nasty but when one of the research study couples was investigated after moving into a hotel, the room was found to be microbiologically indistinguishable to their own home within 24 hours. Unpublished additional research revealed that the time frame was even faster than that. Dr. Gilbert stated that no matter what was done to clean a hotel room; the new people’s microbial signals have destroyed basically any trace of previous residents within only hours.

The researchers were also able to figure out just how long certain individuals in a family intermingled, what rooms they used the most and when they had even been last to a particular part of the home. This has obvious applications in forensic science. The scientists were able to see just exactly who the family members were, where they had come from, the diet they had been eating, when they left the room and just exactly who they had been interacting with. It is actually pretty wild.

Dr. Gilbert and his team have already been working with law enforcement in Hawaii, hoping to view the bacteria left on dead bodies. He stated that if someone recently and inappropriately died, they are able to view the bacterial colonies and attempt to identify who the last person was that came in contact with them happened to be and when that was. By basing their findings on some encouraging animal studies, the scientist explained it may be possible.

Dr. Gilbert, who is the father of two children, also hopes that other parents will use his and future findings to raise their kids in healthier microbiomes. Before a child hits the age of two, the human microbiome is in constant change. Different types of bacteria compete to have permanent spots in the microbiome and once the race has been run, the individual is stuck with what won. Scientific research in animals showed bacterial exposure in younger children may cause the mental and physical health and development for the rest of an individual’s life.

Having more exposure to bacteria is most certainly a better way to go. For starters, get the family a dog. They are super charged channel that transfer bacteria from one human to another and also bring in outside bacteria. Dogs run around giving off all sorts of microbes. Most bacteria are actually beneficial to humans and some even avert allergies. A better bacterial eco-system during the childhood years could set everyone up for healthier, happier lives.

Dr. Gilbert and his group are now observing bacterial movement in the home by the hour instead of by the day and they hope to find further understanding into how colonies in houses and public spaces such as hospitals might be improved upon.

The new research study reports that when a person moves from one house to another, that individual takes all his or her bacteria with them.