Scrabble Approves of the Millennials 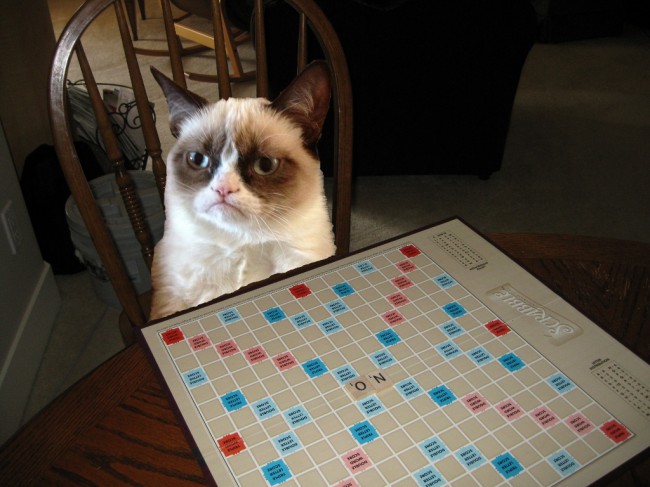 Scrabble has recognized the market and made the decision to approve the use of some millennial friendly words in its upcoming Official Scrabble Players Dictionary. Starting next Monday, players of the game can begin to use words like selfie and bromance. Although the board game has reached the age of 76, it can now still manage to connect with today’s youth or at least the age of the Internet.

It has been argued by some that the millennials (born between early 1980s and early 2000s) are a lazy and delusional generation. Others have said that the generation is open-minded, liberal and expressive. Whatever the case may be, they have definitely managed to produce new slangs and make them globally popular at a rapid rate. Although some may not see words like chillax as part of the English language, the board game has made it so.

Peter Sokolowski is an editor at Merriam-Webster, the company publishing the new dictionary. He believes recent slangs have done so well at integrating with culture, that they easily become apart of the vernacular and ultimately the dictionary. Some of the words being added are not English-based at all, but are being used so frequently now that they have become “naturalized citizens”.

Schmutz, the Yiddish word for a glob of something. Qigong, an exercise derived from China. Qajaq, the Inuit spelling for Kayak. These are just a few of the foreign words Scrabble has approved to receive their millennial green cards. The company will be adding a total of 5,000 words to the new dictionary in addition to the 100,000 it already contains.

Millennials are not the only ones who may be looking forward to the new word additions. Avid players of the game are up for the challenge to spell. John Chew, president of the North American Scrabble Player’s Association, says that the group has no problems with the use of slang in the game. The only concern the group has is whether or not the words will stay. Competitive players spend time learning words and strategizing moves that can earn them the highest score. Additions to the vocabulary used in the game gives them more opportunities to score big.

Experts say that when the words za  and qi were added to the official dictionary, that it really changed the game for players. It adds a complexity and forces players to expand their minds and accept the new words. This may be good news for those who choose to play words like buzzkill and quinzhee that could possibly score players 32 and 29 points. The words selected for the dictionary’s new edition came from the last decade. Fans of the board game were able to add one word to the list. Majority found favor in geocache, which is essentially a treasure hunt in which the hikers use GPS equipment to find what is hidden.

Though many words have been added, the rules of the game remain the same. Come August 11, players must check their dictionaries and expand their vocabulary if they have not already done so. When players use a millennial word, as long as it is not an abbreviation, has no hyphens or apostrophes, cannot be capitalized and is between two and eight letters, they stand a good chance of finding it among others on the approved Scrabble list.