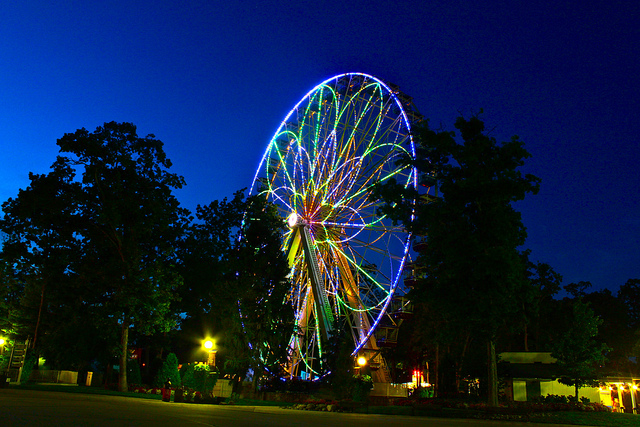 Six Flags is in hot water for revoking access to three people. The amusement park has denied a man, a veteran who served four years in the United States Marine Corporation, because of his shirt. Mario Alejandro went with his family in the beginning of August 2014 to Six Flags Great Adventure in New Jersey wearing a shirt the amusement park saw as offensive.

When Alejandro entered the park, a security guard told him to change his shirt or buy another one to change into. The shirt that the park deemed offensive had a red, white and blue gun above the words Keep Calm and Return Fire. The back of the shirt showed the name, logo and website for The Reconnaissance Foundation, a nonprofit organization that helps Reconnaissance Marines as well as their families. He said to the security guard that he is a veteran and that his shirt stands for something. The security guard did not accept this explanation and told the man to get out of the park. However, the park also did not allow two people with physical disabilities to go on certain rides.

Rory, a six-year-old boy, was not allowed to enjoy most of the rides according to his mother, Ann McKinney, when they visited the Six Flags Great America park in Illinois two years ago. Rory, who has an upper hand deformity called a Radial-Ulnar club hand, was able to have fun on the rides during the morning of their visit but was not allowed to go on rides in the children’s section of the park that afternoon. McKinney asked for a list of rides her son was allowed on and they said there were none. The boy was denied access to the rides because he did not have a fully functioning hand, which the park’s policy says he needs to safely go on all rides.

The mother has recently filed a federal lawsuit against Six Flags Great America Park saying the park violated the Americans With Disabilities Act. McKinney hopes that the park will change their policy by adding extra safety precautions such as a second seat belt for people like Rory or a waiver system for certain rides that she knows he cannot get injured on. 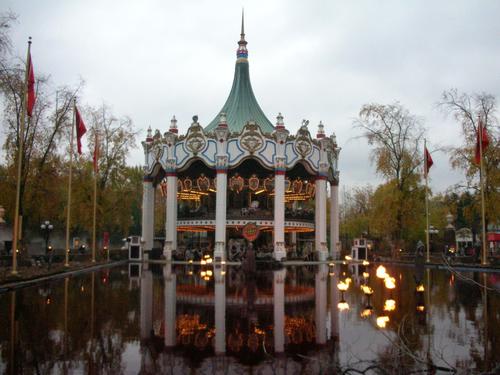 Joseph Masci, 16, was also unable to go on most of the rides at the Six Flags Great Adventure when the company instated a new policy after a man died while he was on the Ride of Steel in 2011. Masci went on the rides in the past at the park without any problems and even was able to go on large roller coasters. Masci learned he was only allowed on two rides: the Ferris wheel and a gondola ride that follows cables that run over the park called the Skyway.

The family filed a lawsuit against the park saying it violated the Americans With Disabilities Act and the New Jersey Law Against Discrimination. The family also said the park’s policy is unfair. She said the policy should include personal evaluations to deem whether a person is fit to go on rides or not. Masci responded to the incident by saying that people who have a disability cannot be grouped into the same category, just like people of the same race cannot be grouped into one category. Additionally, he also stated that people with disabilities are not all the same and that everyone with a disability is different. Moreover, Masci also said that he should at least have the right to go through an evaluation.

Even though Alejandro, McKinney, and Masci had their access denied for either the park or its rides, Six Flags does have certain policies to ensure the safety as well as well-being of all of its guests. According to the Six Flags Policy page, staff members can tell visitors to leave if management says their clothing is inappropriate. Moreover, according to the Safety and Accessibility Guide for Six Flags America, almost all rides except the carousel, The Looney Toon’s Prop Warehouse, as well as the Whistlestop train require a rider to have one arm to ride. Alejandro received a call from the president of Six Flags Great Adventure, who apologized for the incident and said in an email that the company supports him as a veteran, as well as that employees of the park did not know that his shirt represented a military organization. Alejandro was also invited to the park with Very Important Person (VIP) access. Two people, McKinney and Masci, who were unable to enjoy the park’s rides because of their disabilities, did not receive any form of apology.