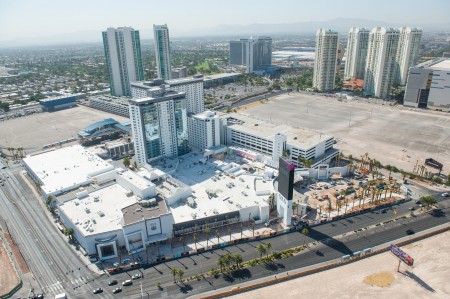 Apparently the Las Vegas SLS hotel and casino is holding a very star studded opening Friday with over 3,000 celebs, politicos and members of the press set up to attend this glittering party. August 22 will see the first of these guests hitting the red carpet at 7 p.m.

Just some of the many glitterati who will be striding down the carpet to attend the festivities will be Hollywood A-listers Jamie Foxx, Sharon Stone, Aaron Paul and Brittany Snow. Other tinsel town and musical stars as well as famous personalities will be there, names like Lenny Kravitz, Iggy Azalea, JoJo, Shane West, Dita Von Teese and Emile Hirsch just to name a few.

The sports world will be represented as well, with USMNT soccer player, Jermaine Jones and UFC champ Chuck Liddell attending. Of course the chairman, CEO and founder Sam Nazarian, Philippe Starck, who is the SLS Creative Director and José Andrés, the SLS Culinary Director will also be attending.

The Aussie rapper Iggy Azalea will be performing with a mystery guest on the Foxtail Pool stage later in the evening. This bash looks to be a pretty fantastic affair. Fireworks will be laid on by the world famous “Fireworks by Grucci” who are well known in Las Vegas for their spectacular shows, one of which is the New Years Eve splash out.

The company CEO and President Phil Grucci has said that they will be providing a unique fireworks display for the SLS opening ceremony which includes a private party being put on by Pepsi, BMW AND Beats Music.

The SLS Las Vegas star studded opening tonight will have one celebrity guest whose appearance will be that bit more special than the other glittery names on the list. Lenny Kravitz, for example, had a special role with the hotel and casino.

Kravitz is best known as a singer/songwriter, and recently actor with his roles in The Hunger Games and The Butler, but it turns out that he actually worked as a designer for SLS.

Speaking to Review Journal, the 50 year-old entertainer revealed that he had designed four suites in the hotel. Lenny has prior experience in design as he created two suites in another SLS hotel in Miami.

The performer stated that the rooms were based on pop culture references and he said they were meant to be fun, a place where things were not to be taken seriously.

The SLS rebuilt the existing Sahara, reconfiguring the casino areas and utilizing the three towers that were already part of the property. The Sahara closed down in 2011 and in February 2013 the renovation project started.

18 months later and the new hotel and casino is opening its doors. First, however, there will be the private party with a lot of celeb guests, as well as local politicians, who will celebrate the new establishment’s achievement.

After the Las Vegas SLS star studded opening the Hotel and Casino will open its doors to the public at the stroke of midnight on August 23. According to sources the rooms have all been pre-booked and the place will be full to the rafters with guests. The only real surprise left for SLS to dazzle party goers with will be the identity of Iggy Azalea’s guest performer.