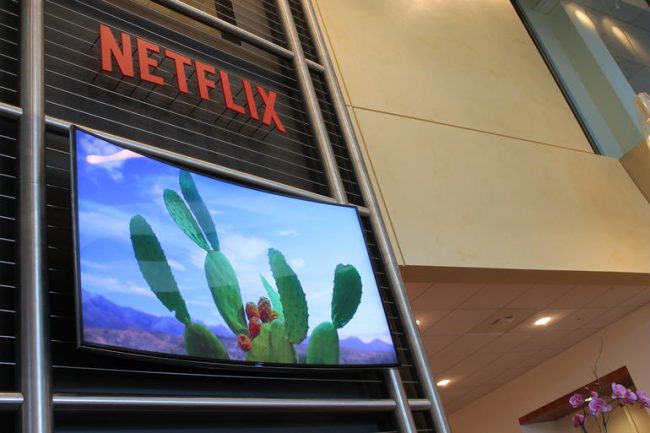 Netflix is poised to expand in Europe to six more countries including France and Germany. That means the streaming media giant will now be available in 13 European countries. The international marketplace is a crucial area of growth for Netflix. Over the last 12 months, domestic streaming has grown 22 percent, while international streaming has jumped 46 percent. With 13 million subscribers currently outside of the U.S., the international marketplace only accounts for approximately 28 percent of Netflix’s total streaming media subscriber base. Therefore, the streaming service is looking to expand and capitalize on more foreign markets.

The streaming media giant believes that by the end of 2014, they could see their international subscriber base blossom as much as 44 percent over 2013 numbers to an estimated 17.2 million international users. Moreover, experts believe that Netflix could be in as many as 12 percent of the broadband homes in these markets over the next two years.

As Netflix looks to expand, the streaming service has already lied claim to a significant subscriber base in the United Kingdom, where more than twice the number of households have Netflix (10 percent) compared to the 4.5 percent who have Amazon’s competing streaming service, LoveFilm. It should be noted that Netflix has only been available in Britain since 2012. Lovefilm was purchased by Amazon in 2011 and it has been available in the U.K. since 2003. The service is now being absorbed into Amazon Prime streaming while Netflix expands into the rest of Europe.

Netflix has been vague regarding its international numbers, but the service is apparently doing well in Nordic countries, due in large part to the cold climates. It is believed approximately 2.2 million of Netflix’s international users come from Nordic countries and the streaming service has managed to reach 25 percent of broadband users in these regions.

However, Netflix is having a harder time making inroads in countries like France, where English is not a prominent language and the government is resistant to having an American company come in and rule the streaming video market. As an olive branch, executives for the streaming service have engaged in meetings with French government officials. Netflix executives have stated they planned to stimulate France’s economy by marketing the streaming service, arranged deals for classic French movies and TV shows, and eventually plan to shoot an original, French-language TV series set in the country, much like they do in the U.S. and U.K.

If Netflix can achieve the kind of growth many are predicting in Europe, it will have far-reaching implications for the entertainment industry. One aspect that will suffer a significant impact is pre-sale film financing. This is because many independent films are financed by selling film rights to the movies to different countries before the film even goes into production. Moreover, the pre-sales are also important at the studio level. With Netflix becoming such a power player in Europe (and the rest of the world), filmmakers will be able to bypass selling their films country by country. Instead, they will likely make one deal with the streaming service that will cover most territories. As a result, there is going to be much less money available for financing.

As Netflix looks to further expand into the international marketplace, do not be surprised to see the streaming media giant also move into the film business with originals in the same way it has developed product for TV. With a worldwide distribution system, Netflix will be able to create its own big-budget film content and release them on the streaming service at the same time they are released in theaters. As a result, Netflix’s planned expansion in Europe and other parts of the world could finally move Hollywood towards closing the gap between when movies hit the theater and when they are available for home viewing.