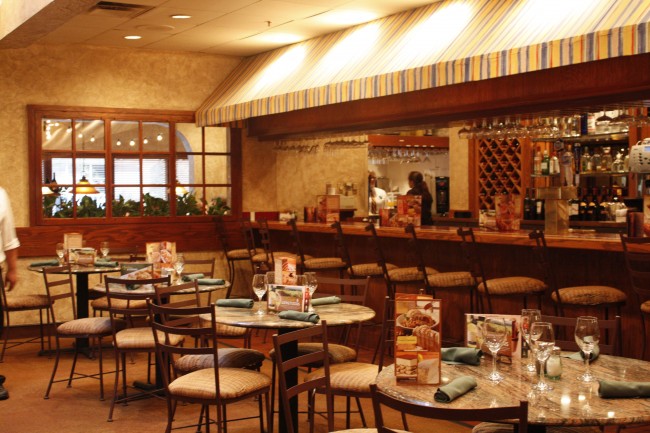 The Olive Garden chain of restaurants has been both creating their own change and resisting the urge to completely overhaul their business model. Even with their recent inclusion of a “membership-meal” system, some investors are calling for more change to be made at the chain’s parent company. Many investors are pointing out that this mix of quibbles represents a deeper problem with the Italian eatery, as competition threatens to rise up around them. Meanwhile, the business itself is battling those that look to take advantage of their recent offerings in other ways than intended.

Some shareholders in the company Darden Restaurants, owner of Olive Garden, have handed in lengthy calls for creating change in the company. One of those came in the form of a 294-page proposal plea from Starboard Value for other investors to sign into as a turnaround for the famous restaurant chain itself. A summary of the proposal comes off as a scathing list of complaints, many of which are aimed directly at the heart of the operation itself: the food. Salad dressing amounts, “flavorless” pasta, the high number of breadsticks and straw length were all disputed in the report. There were also concerns of the purveyor wasting “vast sums” of money.

Among the other complaints were propositions on how to save some of that money. The investor pointed out an “outdated” campaign for advertising that relies too heavily on television commercials, and new signage that looked like “a second-grader’s cursive practice.” The report claimed that savings could be had by adjusting these items, as well as going to a third party for their soup stock instead of cooking from scratch.

Darden, which also owns Long Horn Steakhouse and Capitol Grille among others, already responded to the proposal. Through Gene Lee, their Chief Operating Officer, the parent company has said that implementation of some of these ideas has already gone into action. “The Olive Garden Brand Renaissance is well underway,” Lee proclaims.

The company is hoping to turn around this particular chain that has been on a slippery slope as of late. Darden itself had to post a $19.3 million loss for the past three months, at the same time the struggling chain Red Lobster was sold by them to a private equity firm. In Olive Garden locales that have been open for at least a year, a five quarter-losses in a row were reported as sales in-store were down 1.3 percent. Darden is aiming to turn around numbers by bringing in features such as quicker online ordering, swifter dining-in experiences and a variety and value uptake.

Olive Garden, while undergoing these changes, is also resisting some that look to make a profit off their promotion. The unlimited pasta pass, which was only sold to 1,000 people for $100, has begun to make appearances on eBay and Craigslist for up to $500 despite the fact that the passes are non-transferrable. “The Never Ending Pasta Passes are personalized,” explained Tara Gray, who manages media and communications for Olive Garden. Despite the limited number, those that purchased passes on eBay are encouraged to call the company and will be “worked with” to get them their own, far less expensive pasta pass.