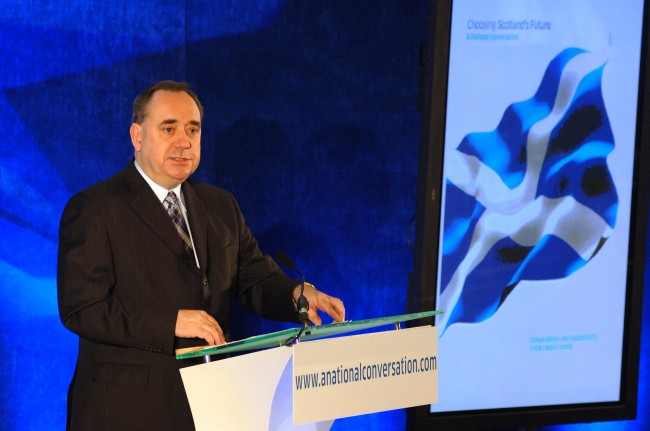 New polls recently show that the upcoming Scotland independence vote will be extremely close. Three polls that were released Saturday show that the support for independence is narrowly in the lead, but there are still many people undecided. It seems the threats of banks moving their head offices to England is not enough of a deterrent for many.

The polls are so close that it is difficult for anyone to guess which way the end result will be on Thursday. However, it is clear that there are still many passionate for both sides. The streets of Glasgow and Edinburgh were full of supporters for both sides, trying to persuade those who are yet undecided to vote one way or another. One thing is for certain, it will all come down to those undecided voters to make the final decision.

It did lead to questions over whether Scotland will get independence should the vote narrowly being favor of it. During the Andrew Marr Show, First Minister Alex Salmond explained that whatever the decision, the leaders would all get together to negotiate all terms and make sure the Scottish people are put first. He did not outright state that a minor majority would mean that independence would happen, and instead suggested that it could lead to discussions about devolved powers instead.

Salmond may have push a lot of undecided voters towards independence, which could help to avoid the extremely close results according to the recent Scotland polls. He made it clear that the leaders would need to work together, and that common sense agreements would be needed. That would include an agreement over the currency and over remaining part of the EU as the current negotiations stand.

According to one poll, it may need the undecided votes to win independence. The Better Together campaign asked Survation to carry out a poll of 1,000 Scottish people over the phone. While three percent refused to say who they would vote, nine percent were currently undecided. Of the remaining votes, 47 percent said that they would vote for a union. The reason for people voting against separation was mostly due to financially worse prospects, with 40 percent believing that.

One argument against the polls is that they are very limiting. First of all, only 1,000 people were surveyed. Second of all, it would still require those voters to actually turn up on the day. The survey did show that 93 percent of voters would turn up, but again that was just from 1,000 people.

It is certainly a strained situation for many areas of Scotland. Alistair Darling, who is leading the Better Together campaign, mentioned how it was a very dark time for voters. People have been threatened for their views, instead of being able to discuss their opinions calmly. Darling said that he had even been heckled in the street and told to get away just for being a Better Together supporter. It could be due to just how close the Scotland independence vote will be, which is very clear according to the most recent polls.