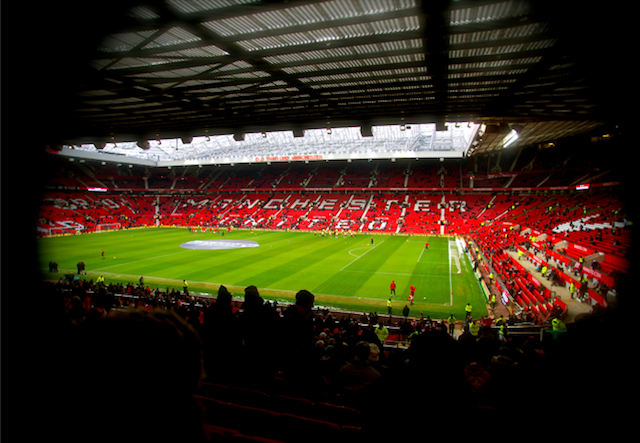 Manchester United want to sign $33 million-rated Wolfsburg left-back Ricardo Rodríguez after missing out on the player during the summer transfer window. United boss Louis van Gaal was keen to bring the Switzerland international to Old Trafford but did not pursue it due to the prior arrival of Luke Shaw from Southampton.

The Red Devils go into tomorrow’s game against West Ham United at Old Trafford with a makeshift defense following the shock 5-3 defeat at Leicester City last weekend. United led 2-0 and 3-1 before a monumental defensive collapse in the second half saw the Foxes claw back the deficit and go on to win the game. Marcos Rojo is the only recognized central defender definitely available to van Gaal, while Chris Smalling will undergo a late fitness test on a dead leg he picked up in training.

It is in central defense where United need strengthening and with Luke Shaw, Rojo and Tyler Blackett all left-sided defenders, it has raised eyebrows as to just why van Gaal is after another left-back. Defensive midfielder Daley Blind, who joined United from Ajax after the World Cup, is also a left-footer and can slot into the back line. Shaw is due to make his United debut tomorrow after injury and the fact van Gaal did not think he was match fit. Former United coach Rene Meulensteen, who worked as Sir Alex Ferguson’s assistant at Old Trafford, recently said his fellow countryman van Gaal was not a big fan of Shaw. The former Southampton player, still only a teenager, has been tipped to be the long-term replacement for Ashley Cole at international level. However, van Gaal has been less than complimentary about the player he sanctioned to join United but did not actually sign himself.

Rodríguez starred for Switzerland at the 2014 World Cup in Brazil and has two years remaining on his current deal at the Bundesliga club. If United were to land the player in January, the fee is likely to be around the $33m mark. However, van Gaal could be forced into making a sale if he is serious about bringing Rodríguez in as the likes of Shaw and Blackett will not expect to spend most of their time warming the bench.

United face a must win match against the Hammers tomorrow as van Gaal will be looking to prove the crushing 4-0 victory over Queens Park Rangers a fortnight ago was the start of a new era and not a false dawn, as suggested by the Leicester defeat. Van Gaal must decide whether he is going to revert back to his preferred three at the back or a flat back four. The fact he has so many players out either through injury or suspension – Phil Jones, Jonny Evans and Blackett to name three – he could be tempted to play with four so as not to put too much pressure on a group of players still lacking Premier League experience. Rodríguez joining in January would bolster the defensive ranks further, even if it does come too late to push United into a coveted Champions League spot.