Antares Explodes and Other Rocket Disasters 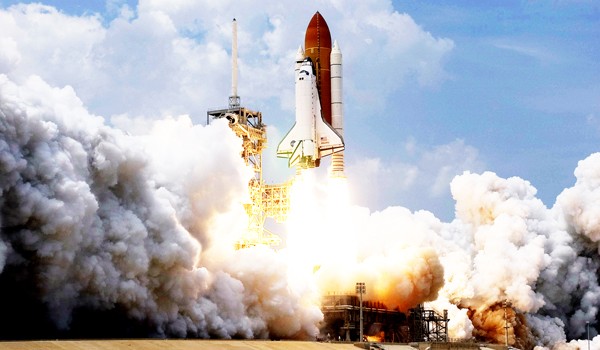 Just six seconds after defying gravity in an extraordinary show of fire and brimstone, Antares, an unmanned rocket carrying food and supplies, burst into flames and lit the night sky, reminding everyone of the other rocket disasters we have experienced before. The Antares’ explosion could be seen from the International Space Station, its planned destination. Immediately, questions of what went wrong and who would be held responsible flooded all media channels with the hopes of pinpointing the problem and allaying fears. Answers to pressing questions were not made available as Frank Culbertson, executive vice president of Orbital Science Corp stated, “What we know so far is pretty much what everyone saw in the video.”

The video he is referring to includes footage taken by media personnel and local enthusiasts who were in the right place at the right time to record the explosion and its aftermath. As SpaceX CEO, Elon Musk, stated in response to a rocket explosion today in Texas, “Rocket science is tricky.” The Antares explosion in Virginia points solidly to the risks involved with space exploration and leads to a remembrance of other rocket disasters in America’s history.

Back in 1957, NASA attempted its first launch of a satellite to orbit earth which ended in explosion four seconds after lift off. The rocket, Vanguard TV3, is now on display at the Smithsonian Art and Science Museum. Ten years later, NASA attempted the Apollo 1 mission in which three astronauts were killed in a pre-launch test. Three years later in 1970, the Apollo 13 took its turn in a planned mission to the moon. This, too, ended quite abruptly due to a cockpit fire, but thankfully, the astronauts on board survived the crash back to earth.

Before Antares exploding, the Challenger flight was one of the most catastrophic rocket disasters in American history as 7 astronauts were killed in another explosion that occurred 73 seconds into liftoff. The launch was broadcast live on television in 1986, and due to public backlash, the space program was suspended for almost 3 years.

In 2003, seventeen years after the Challenger explosion, the Columbia flight brought back painful memories of the Challenger as seven astronauts were killed when their rocket broke apart as it prepared to land at the end of its flight. Once again, the nation mourned, and NASA increased its safety standards for manned flights to ensure such a tragedy would never occur again.

In a statement released today,a NASA spokesman, William Gerstenmaier, who works at the Human Exploration and Operations Directorate  said that it was a “difficult undertaking” to launch a rocket, and a process of learning with every attempt whether a success or a failure. NASA engineers are already looking closely at what happened to Antares in a quest to discover what error caused the explosion. More information will be made available as they investigate.

Orbital Sciences, the private company contracted to carry out the eight supply missions to the ISS, had already successfully completed two of their missions. In a show of solidarity, Gerstenmaier confirmed that NASA will proceed on to the next attempt once the Antres explosion is fully understood.  Understanding what happened in the Antares explosion, and in all rocket disasters, is always the primary focus after such a gaffe. For now, the public remains grateful that no lives were lost, and ever suspicious of man’s attempts to escape Earth. Tomorrow, Russia is preparing to send its own supply-filled rocket to ISS and SpaceX is preparing for a flight in December.