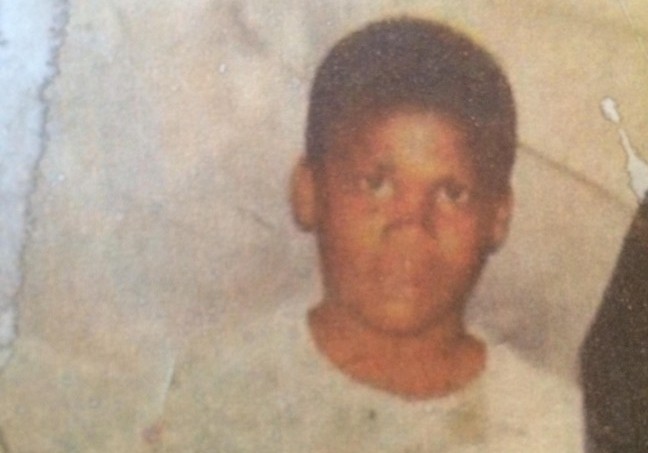 Homicide investigators with the Atlanta, Ga., Police Department are seeking the public’s help to identify suspects in a homicide dating back to 1991. Crime Stoppers Greater Atlanta is offering up to $2,000 to anyone who provides information that leads to an arrest and an indictment in the cold case murder of a pre-teen.

The murder occurred on Nov. 9, 1991, at approximately 11:30 p.m. Jerimiah Anderson, 11, was watching a group of men as they played craps at 600 Martin Street SE in the Summerhill Community of Atlanta. The boy was on his bike and accompanied by friends. Two men carrying weapons pulled up and got out of their vehicle with the intention of robbing the craps players. Jerimiah, his friends and the players started to run away. The armed men opened fire on the group and hit Jerimiah in the back, killing him instantly.

According to Homicide Detective Vince Velazquez, one of the men carried a long rifle which could possibly have been an AK-47, and the other man had a 9mm handgun. The only person hit by gunfire that night was Jeremiah, who fell next to the now-abandoned pile of money. “They stepped over him to get the money,” Velazquez said, referring to the gunmen.

Before his death, Jeremiah and his family had just moved to the Summerhill neighborhood from Mobile, Ala. The neighborhood was at the time referred to as “the war zone.” In addition to Jeremiah, two other children were killed that week. At the time he was shot, Jerimiah, his older sister and his two younger brothers had moved away from the Martin Street Plaza, which at that time was a well-known drug dealing zone. Their mother had been sent to jail and they moved in with their father, although Jerimiah returned to the neighborhood often. Velazquez recalls that the boy had been a good student at his middle school.

In 1991, several anonymous tips were received which identified the gunmen as “Ray” and “Rod.” The men were driving a maroon Ford Mustang with gold rims, which had been reported stolen two weeks earlier and found the next day several miles away. Witnesses to the shooting described them as black males in their early 20’s. Their faces were covered.

Investigators believe that many residents of the community knew of “Ray” and “Rod” and that they had been the gunmen, but the last caller to Crime Stoppers regarding this case was in 2007.  Velazquez describes it as “totally cold.” They are reaching out to try to find people who resided in that community in 1991 and may have information, and asking them to step forward to help identify the gunmen and solve the case. Police do not believe the men still reside in Summerhill, which is now a rebuilt area between the Atlanta Zoo and Turner Field. Velazquez said the men “probably aren’t afraid anymore” that they will be apprehended for their crime.

Anonymous tips can be called in to Crime Stoppers Atlanta at 404-577-TIPS (8477). Information can also be submitted online at crimestoppersatlanta.org. In addition, text messages containing “CSA” and the tip can be sent to CRIMES (274637). Those with information can remain anonymous and still be eligible for the reward.