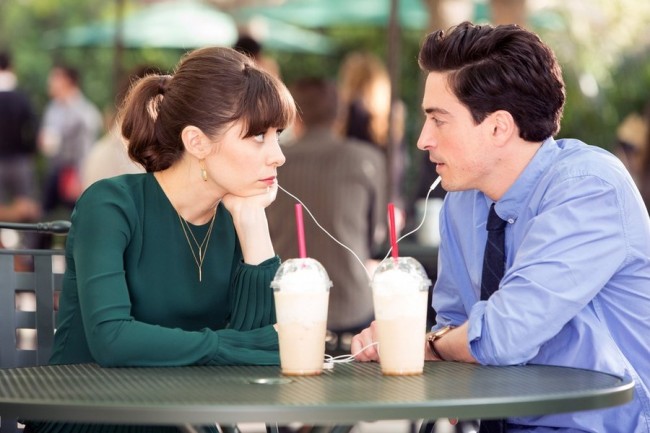 Two new NBC comedies will be yanked after they complete their 13-episode premiere seasons this season due to low ratings, according to a story that first broke in Deadline. The comedies, which are both on Thursdays, are A to Z and Bad Judge. The former has average only a bit over 4 million viewers per episode, while the latter has only managed a slightly better average, at around 5.7 million.

Bad Judge stars Kate Walsh as a judge who likes to party a bit too much. The romantic comedy A to Z has Ben Feldman starring as Andrew, the “A” of the title, and Cristin Miloti as Zelda, the “Z” of A to Z.

The deck of cards was perhaps stacked against these two NBC comedies right from the start, as they had to go head-to-head against the hugely popular ABC series, Scandal, as well as comedies on CBS. They have not fared very well against such competition.

Besides that, certain women did not like how female judges are being portrayed by actress Kate Walsh on Bad Judge. For instance, the Miami-Dade of the Florida Association for Women Lawyers voiced their concerns about the character Walsh portrays, with chapter president Deborah Baker even writing a letter to Steve Burke, NBC’s CEO. She criticized the series for how it portrays female judges in a bad light.

NBC was the first network to already cancel a series, though it was not Bad Judge or A to Z, but was, rather, Mission Control, which was canceled before it ever aired. ABC last week canceled the low-rated Manhattan Love Story. That romantic comedy starred Analeigh Tipton from Crazy Stupid Love and actor Jake McDorman of Aquamarine. Manhattan Love Story did even worse in the ratings than Bad Judge and A to Z, garnering only 2.6 million viewers in its Tuesday time-slot.

Though both A to Z and Bad Judge have been canceled by NBC, the good news, for fans of either or both of them, is that they are not being outright yanked off of TV overnight. Both shows will just not be returning for a second season.

Bad Judge is produced by Gary Sanchez Productions, and it was the second one by this company that NBC picked up. The first one was...Mission Control, which got the ax even before Bad Judge did, before it even got out of the gate and was seen by viewers across America.

Thursdays have remained a problem for NBC, as Scandal and The Big Bang Theory continue to get strong ratings for ABC and CBS, respectively. NBC’s The Biggest Loser has done fairly well, opening the evening, but they have been trying to find TV series that will do well in the ratings for the three hours after The Biggest Loser.

Comedy series from NBC that are still on the way include the Ellen DeGeneres comedy series, One Big Happy, Unbreakable Kimmy Schmidt from Tina Fey, and the comedy Mr. Robinson from Craig Robinson. Will they do any better in the ratings and survive longer than Mission Control, Bad Judge and A to Z? Please leave any comments below!

A to Z, Bad Judge