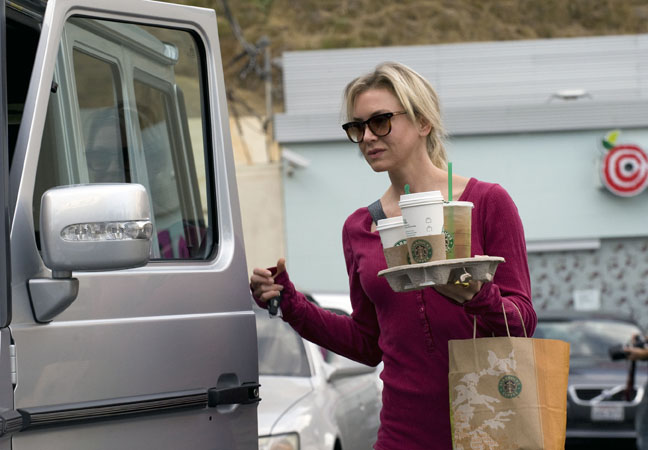 The question on a lot of peoples minds is “What in the world happened to Renee Zellweger’s face?” The face we have all come to know and love is simply no longer there. The star made a rare appearance recently at a Hollywood event and hardly anyone recognized her. She looks so different in fact, that speculation has sprung up that Renee Zellweger is either a victim of body snatchers or a participant in blood rituals. Stranger things have been known to happen in Hollywood.

A certain tightening of the mouth and elongation of the face are the most recognizable changes other than the eyes which look like the eyes of someone else completely. Renee’s face is no longer the round, plump pink cheeked beauty it use to be. Now she looks like she has aged remarkably fast. Granted Zellweger has been in the movie business for many year so of course she has aged. However, the changes in her go far beyond mere aging. She is thinner and now has a weird stoop to her posture that was not as pronounced previously, as though whoever is in her body was possibly taller than the star is.

It has been rumored that over the years Renee has gotten involved in some pretty weird things. With her sporadic absences from the limelight, who knows what types of strange shenanigans she has been involved in. Renee has also dated a few questionable characters, her latest beau Bramhall, perhaps being the strangest of all. The Blues musician has been known to run in some freaky circles, especially during his time of heroin addiction. The musician still has a very dark and mysterious vibe that may be affecting Renee Zellweger in ways that are none too wholesome and may in fact be the result of having had her body snatched in a soul exchange or blood ritual.

It would be no surprise if it came out that Renee had been seeking some kind of fulfillment in her absences from Hollywood. The star often complained of her loneliness and her obsession with her health. Many stars have taken obscure routes in their search for longevity and or relevance. Entertainment can be a cruel and vindictive bedfellow for those who are too weak to withstand its harsh realities. Rumors have circulated for years about the secret cults and bizarre rituals that occur in the clandestine circles of the rich and famous.

Although Zellweger is most likely just another victim of bad plastic surgery, the haunted look in her eyes seem to tell a different story. There is something more to what has happened to her since she has been on her hiatus. If she has in fact been altered by nefarious means, we may never know for sure. Hopefully the conspiracies and rumors are far from the truth. Many people are hard put to believe in soul snatchers or blood rituals, but they have been written about and documented for years. If Renee Zellweger is in fact a victim of body snatchers or blood rituals, hopefully the real Renee will come back one day to tell the tale.