Voting Records Released to ‘Shame’ People Into Going to the Polls 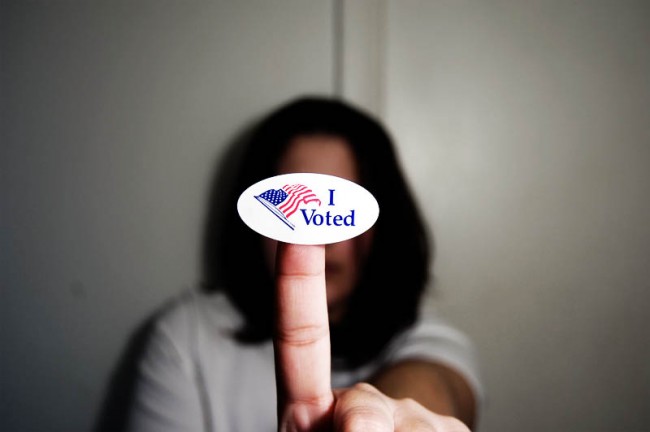 Many Alaskans are furious over personalized letters and emails releasing the voting records of their friends, families and neighbors that apparently attempts to shame people into going to the polls on Nov. 4. The letter comes with an official-looking seal from the “Alaska State Voter Program” (ASVP), which according to the Alaska Division of Elections is not affiliated with the state in any way. The letter was paid for by Opportunity Alliance, a super political action committee (PAC), which lists a return address of a mail service in Anchorage.

The letters’ lists show names and addresses and whether the people on it participated in November 2008, 2010 and 2012 elections. The information does not include who the person voted for or their party affiliation. According to the director of the state Division of Elections’ Gail Fenumiai, voter registration and participation records are public information under Alaska law, and there are no limitations on the that information can be used. State voter records do not include email addresses, so it is unknown how the group was able to obtain that information. Some of the people listed in the letters were Facebook friends.

The mailing may backfire, as some concerned Alaskans are so angry they are canceling their voter registration. Fenumiai says she hopes that the mailers will not hurt voting turnout. About 10 calls or emails are being received at the Division of Elections every day from angry Alaskans. Voters are told that the state voter lists are for sale, and that there are no limitations in the law on how the information can be used.

The website for the ASVP offers a space for a person to fill in their name, date of birth and residential zip code to “find out which of your friends and neighbors are voters.” A disclaimer at the bottom of the site says “not authorized by any candidate or candidate’s committee.” The Opportunity Alliance Website makes the same disclaimer, yet offers links to Iowa, Oregon and Arizona. The Iowa page endorses Senate candidate Republican Joni Ernst. The Arizona page endorses Republican Martha McSally for Congress. The Oregon page offers a video ad against Jeff Merkley, Democratic Senate candidate.

Alaska is not the first state to release voting records to try to shame people into going to the polls. Letters were received in June 2014 in Arkansas from the Arkansas State Voter Program, and Americans for Limited Government sent out 2.75 million letters to voters in 19 states in 2012. Also in 2012 the Liberal group MoveOn sent out 12 million “vote scores” to “potential progressive voters.” When MoveOn conducted a similar exercise in Delaware they reported that the cost per additional vote was $4, which they said was seven times more cost-effective than door-to-door canvassing.

Sometimes these mailings involve research. Political scientist Chris Larimer and two colleagues at the University of Northern Iowa conducted an experiment in Michigan in 2006, sending 80,000 mailings listing voting histories. They found that all of the neighbors identified in the letters were 8.1 percent more likely to vote than those who did not get letters. A 2012 press release from Indiana Secretary of State Connie Larson warned residents to disregard the letters from Americans for Limited Government received by that state’s residents, after many people called to report that the “voting records” were not accurate.

Both Alaska Senate candidates, Democratic incumbent Mark Begich and Republican challenger Dan Sullivan, have taken an unfavorable views of the letters that released Alaskans’ voting records and tries to shame them into heading to the polls on Nov. 4. The ASVP letter promises to send an updated chart so everyone will know who voted in the 2014 election.

Voting Records Released to ‘Shame’ People Into Going to the Polls added by Beth Balen on October 30, 2014
View all posts by Beth Balen →