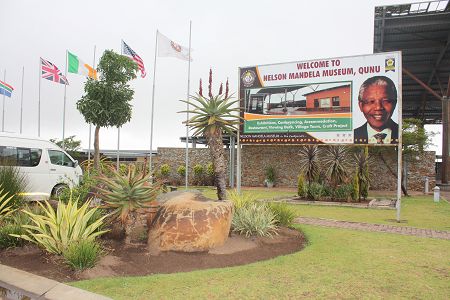 Winnie Madikizela-Mandela faces the wrath of the people over a land claim of the Late Nelson Mandela. Whom does the land in the village of Qunu, Eastern Cape belong to, the former president or Winnie? There is a dispute brewing, and it is Winnie  that stated certain land in Qunu does not belong to the Late Nelson.

Firstly, Madikizela, the second wife of the Late Nelson Mandela, is stating that the divorce from the legendary Mandela is a forgery. There are disputes about the authenticity of the divorce certificate. The former president’s attorney who attended to the divorce proceedings during 1992 is not commenting about this claim.

The land is a significant issue for Winnie, it is the Qunu house turned into a museum that is raising aggravation among the royal Mandela tribe. Accordingly it is more important the acquisitions of how Nelson acquired the land. According to Winnie, the area that accommodates the famous Qunu home was unlawfully transferred  by Nelson during his reign as president of South Africa.

A plot of land in Qunu, Eastern Cape, was given to Winnie by the abaThembu king when Nelson was imprisoned for high treason during the apartheid era. After successful negotiations with the former regime of South Africa, Nelson became president of South Africa at the end of white rule. It was supposed during the term of presidency that Mandela transferred the plot of land into a personal name.

Winnie Madikizela claims that Nelson committed fraud by registering Eastern Cape into a personal name, which would mean the late president used the State Land Disposal Act as a means to transfer the property, constituting land fraud.

Qunu is the final resting place of Nelson  and in shocking claims this week; Winnie has approached the courts to settle this dispute of land and divorce. The deed to the property was initially obtained by Winnie and not the late Nelson, thus sighting misrepresentation or fraud over the Qunu plot. Customary rights are cited in court papers.

The Late president left the Qunu home to the Mandela family, Madikizela-Mandela was not mentioned in the Will. Winnie wants the Qunu property set aside from the Will testimony based on the unlawful registration of the property.

General comments are stemming from the application by Winnie show contempt. Lashes of criticism over the Qunu claim debacle continue to rise against Winnie. Outrageous and disturbing comments left by members of the public continue to dominate the story. The matter is sensitive and alarming for most of the former president’s worshipers, who remains an icon of democracy. Winnie has always been a controversial person in the eyes of the public and supporters favor the late Mandela’s legacy over the Qunu land claim.