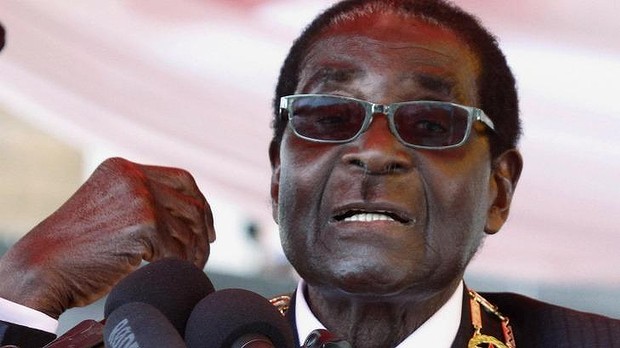 Zimbabwe President Robert Mugabe has been catching a lot of headlines lately, unfortunately not many of them have been good. The President still seems to be causing much controversy in a variety of areas, as residents of the country grow more and more upset over nearly every action that Mugabe takes. From the start of his election when headlines read that he rigged the election to the most recent introduction over his force over politician Job Sikhala, the hatred for the president of Zimbabwe only seems to be growing.

In the start of the election major controversy surrounded President Mugabe as rumors spread that he had rigged the election. The controversy first came at the hands of his angry opponent, who had tried to beat Mugabe in three previous elections. He demanded a close, forensic audit of all ballots and votes in order to prove that the election was rigged, however this audit was supposedly never done. In fact, two of the officials on the Zimbabwe Election Commission resigned shortly after they alleged that the polls were not fair. Coincidence or not?

President Mugabe has ruled in Zimbabwe since the year 1980, when Zimbabwe gained its independence. The 90-year-old head of state may not rule much longer if he keeps getting controversial headlines. After the media announced the news of his supposed rigged elections, many parties have apparently been created as an effort to overthrow the president. One such party, known as ZANU-PF has even tried to obtain his wife as head of party. ZANU-PF, an all female party who wants Mugabe overthrown is looking to Grace Mugabe for help. Other parties that have joined against Mugabe being president have spread rumors of other politicians planning to overthrow him. The Zimbabwe Vice President Joice Mujuru has spent time fighting off rumors that she was planning to overthrow President Mugabe. According to sources it was First Lady Grace Mugabe who first started the rumor, as she asked the vice president to step down or step aside. Grace Mugabe is said to be running in the next elections against her husband as she travels around doing her “Meet the People” campaign, hoping to gain voters.

Though the rigged elections and so-called Western factions, that have banned together in hopes of overthrowing the president, have been largely blamed for the controversy that has surrounded the president of Zimbabwe, Mugabe has been doing enough, himself, to cause controversy among his people. One of the largest accusations against him is from the Human Rights Watch, in which he supposedly faked a flood in order to gain cheap labor. He reported a flood from the damage to a dam that caused the evacuation of 3000 families which were relocated, as many of the people began working at a sugarcane and ethanol production plant. Supposedly the only reason that he faked the flood was to get cheap labor to meet his needs.

Though many other accusations have been made against the president of Zimbabwe, the most recent has really opened the eyes of many to exactly why so much controversy seems to surround Mugabe. A few months ago politician Job Sikhala released his testimony to the media stating that he was afraid of the torture that the president’s officials would put him through. In 2003 Sikhala and three others were arrested for supposedly forming a “Red Army” to overthrow Mugabe. He stated that he knew that the prisoners were tortured, often targeting the prisoner’s genitals. He said that this fact forced him to impregnate his wife nine times in ten years. As he released his statement many in the country were outraged. Sikhala stated that many of the men who had been tortured before lost the ability to produce kids.

Recently, much uproar has been taking a hold of his political party, as well. As residents of the area battle over who will be successful in the overthrow of Mugabe, party wars have been taking place. As a result of this Mugabe wanted to make sure that his people knew that he was still in charge. Though there has been much controversy over the last few years since Mugabe’s most recent election, he continues to cause such as he often states to the media that he is not going anywhere, anytime soon. Residents who dislike Mugabe’s power continue to wonder what he will do next to cause controversy among his people.