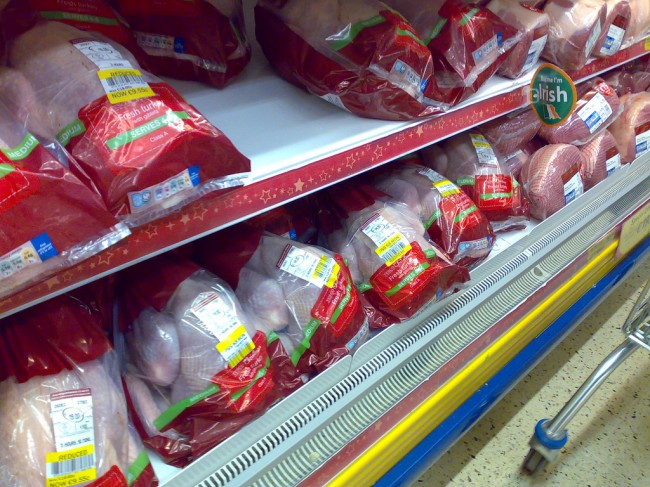 According to an article in The Huffington Post, antibiotics overuse in humans is a factor that impacts antibiotic resistance. Then, misuse of antibiotics in meat animals is a second factor. Either way, the outcome is lessened ability for drugs to successfully attack pathogens to abate infection.

Antibiotic resistance is a growing health concern in the United States and other parts of the world. According to the Genetic Literacy Project, at least 50,000 people die each year, resulting from antibiotic resistance bacteria. What this demonstrates is, in these cases, infections could not be, effectively, controlled.

These issues have become a cause for argument. Since germs are known to spread in hospitals, a proven link between antibiotic use in meat and public health issues, has not been discovered. Antibiotic meat, therefore, has not been singled out as the culprit.

This, however, is the basis for a reverberating outcry among many. Reportedly, $30 million pounds of antibiotics are administered to food animals every year. For example, in the arena of raising birds for food, chicken are injected with antibiotics as a matter of practice.

Typically, antibiotics are associated with the treatment of disease. The meat industry, however, has come to rely on them for yielding more plump birds. Add to that, the meat company’s use of low dosage antibiotics, as a so-called preventive measure.

The issue then is, whether chicken is antibiotic free or not, likely makes a difference between, better, healthier eating, and potentially, damaging health consequences. To eat healthy requires consumers to choose the healthiest food one can find.

Unknowingly, however, what appears as innocent broiler chickens, theoretically, can end up being cause for a health crisis. The answer posed by advocates is to promote the imperative need to build better birds, meaning antibiotic free.

According to The Huffington Post, to curb the use of antibiotics, the FDA has made requests of the meat industry, instead of regulatory mandates. This, essentially, places meat companies on an honor system. First, to cooperate with the request means companies would only provide animals with antibiotics for the purpose of sustaining good health.

This is in contrast to common practices of providing animals with antibiotics to prevent ill-health. A step forward in the interest of public health would be to nix the former practices and simply raise antibiotic free birds.

Secondly, for meat companies to be in cooperation with FDA guidelines, they would need to voluntarily seek the oversight of a veterinarian. Meanwhile, data and concern about antibiotic overuse in meat animals continues to grow. This has led many to believe that the meat industry deserves to be penetrated from a regulatory standpoint. However, given the meat industry’s statements to The Huffington Post, questions remain.

Perhaps what is most telling of all, regarding the barriers to change that exists, can be illustrated by a statement made by Richard Carnevale, vice president of Animal Health Institute. According to Prevention, Mr. Carnevale flatly stated, he has no belief that using antibiotics in a therapeutic manner results in public health issues. Nevertheless, the antibiotics laced meat industry model is giving pause to consumers who, themselves, recognize the tremendous health risk.

In response to consumers’ expressed desires for healthier eating, there is some indication dynamics are changing in meaningful ways. McDonald’s and others have given over to putting limits on drugs in the meats coming from their meat suppliers. A quick glance at a Panera Bread menu and one can see featured meals contain better, antibiotic free chicken.

Additionally, according to PRLog, Perdue, a well-known chicken source has discontinued antibiotic use in their hatcheries for five years. This timeframe will be used to study the results of their antibiotic free chicken project. The company demonstrates they are more than a little curious about antibiotics resistance. In fact, Perdue gauges that their policy actually exceeds the FDA voluntary guidelines.

Chick-fil-A is another company interested in public health. Worth noting is, according to the Founder and CEO of Applegate, even though they do not use antibiotics, and therefore have antibiotic free chicken, they have been able to maintain production affordability. This is an important factor which may not be in the full awareness of those who could, also, exercise caution and follow suit.

Obviously, the aforementioned progress does not, yet, signal the end of the era of antibiotic overuse and/or misuse. It is not known how long it will take for the meat industry to engage and raise antibiotic free chicken.