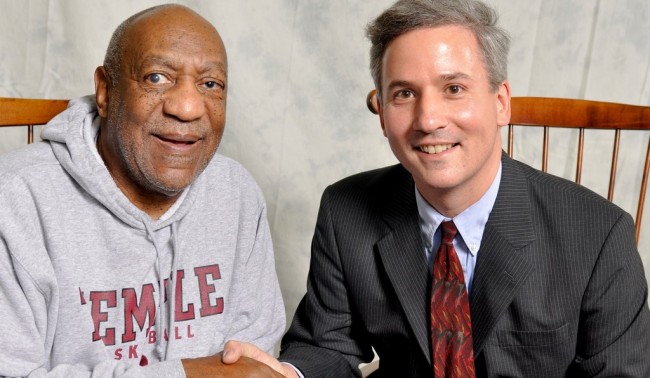 In light of the rape allegations, Bill Cosby’s scheduled appearance with David Letterman has been cancelled. He was expected to appear on the late-night show on Wednesday. CBS has not commented about the withdrawal of his appearance, and the show has not confirmed whether it was its decision or his reps.

Kim Izzo-Emmet, show spokeswoman, stated that she cannot “comment on the booking process.” Regis Philbin is now listed as the Wednesday night appearance. He is the usual option when there is a late cancellation on the show, and is expected to be the main guest for that night.

This is not the first time Cosby’s appearances on shows have been cancelled due to the rape allegations. Queen Latifah had to make changes to the line-up, reportedly at the request of the veteran actor and not the show runners. It seems like he wants to handle the situation in private, knowing that the allegations will come up in questions during the appearance.

He is also struggling with negative public opinion. When a Twitter thread allegedly instigated for Cosby was posted, nasty comments about sexual assaults against women followed. It led to more allegations, and comedian Hannibal Buress has not helped by using it in his stand-up act last month.

Many will wonder whether any other appearances will be cancelled after the news that Cosby will not be on the late-night show with Letterman. There are debates over whether his upcoming comedy will even be aired now. NBC had confirmed he would appear in a sitcom covering many generations, possibly in an attempt to suit all. So far, the project status has not changed and there is a script, suggesting that it may go on.

However, more and more allegations are being shared. Barbara Bowman was one of the most recent, who penned a first-person article on The Washington Post talking about her drug-induced rape at the hands of the veteran comedian. This was during the 1980s, when he was mentoring her and during the show The Cosby Show.

According to accusations, 13 women were raped or sexually assaulted. The 47-year-old says that she was a teenager at the time, and had blacked out after a glass of wine during a dinner party in his New York home. She said that she woke in just panties and a t-shirt belonging to a man, and is sure now that she was drugged and raped.

She went onto claim that he attacked her in Atlantic City, and that was the last time. He tried to tear her clothes off, according to the allegations. All she wanted to do was get away, and he ended up throwing her out.

Andrea Constand has also filed a civil suit against him back in 2005. During that time, she said there would be the testimonies of 13 other woman, and Bowman is expected to be one of them. The civil suit was eventually settled.

The actor continues to deny the claims. However, he did decide to cancel one appearance, and it is possible that Cosby has cancelled his upcoming appearance with Letterman due to the rape allegations.