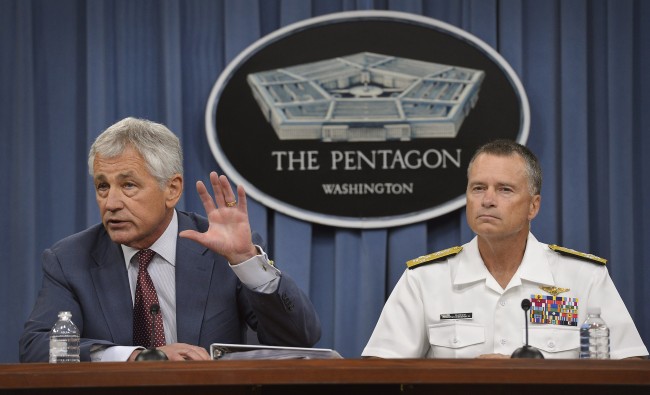 U.S. Secretary of Defense, Chuck Hagel, spoke on Saturday about the need for reforming military weapons and technology in order to maintain superiority across the globe. This reform will include the Pentagon, the Defense Department and outside influences such as universities and civilian scientists. According to Hagel, creativity is the key to keeping a sharp military edge over other countries such as China and Russia that have been actively developing their military capabilities.

Hagel introduced the new Defense Innovation Initiative during a speech at the Reagan National Defense Forum. The initiative would attempt to involve the use of new technologies such as three-dimensional printing, robotics and autonomous systems. The program will seek out ways to research and work with these latest breakthroughs to enhance United States military capabilities both now and in the future. Hagel said that the program will look to next decade and further. In the immediate future it will ask some of the most intelligent minds from within the government and outside of it to figure out which systems and what technologies the Department of Defense should look at developing in the years to come.

In his talk about weapons reform, Chuck Hagel compared the new program to the “New Look” initiative that the Eisenhower administration used in the 1950s. This program was created in order to quickly develop the nuclear weapons of the U.S. in order to offset the Soviet Union’s superior power and the conventional European power during the Cold War. Like the “New Look” Hagel’s initiative seeks to balance defense against potential threats with the financial capabilities of the nation. He also made the comparison to a program in the 1970s designed by the Pentagon to push for more long-term focused technological research. The result was breakthroughs in areas like stealth aircraft, precision-guided bombs and more advanced surveillance systems. all of which have had a significant impact on current military campaigns.

In a memo to leaders in the Pentagon, Hagel introduced the initiative saying that the era the U.S. is entering is one where the dominance of America in “warfighting domains” is wearing down. He said that new and innovative ways of sustaining and in some cases expanding the advantages of the military must be found. The U.S. has been fighting wars in Afghanistan and Iraq for the last 13 years. While the focus has been on stabilizing the region, other powers like China and Russia have been investing significantly in the modernization of their military, including such things as advanced aircraft and missiles with more accuracy. Weapons and technologies do not just belong to advanced nations anymore, Hagel said, adding that there is a broad range of forces, both military and non-state who have access to them now.

According to Hagel’s talks, weapons reform must be a priority because if the military loses its edge the world will become a much more dangerous place for U.S. citizens. America cannot assume that the superior military power it developed while the Cold War was taking place will remain automatically. Hagel said that they are not waiting, they are taking initiative and preemptively acting before the changes they are expecting to happen arrive and making the investments needed for future success.