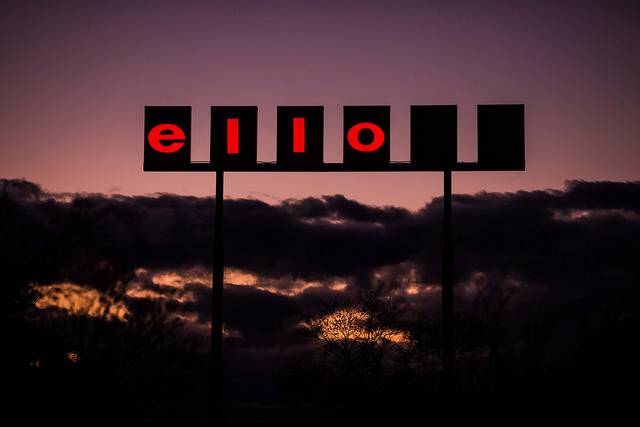 Ello is the newest addition to the social media industry having been launched earlier this spring. As the new company had emerged new it was pandered as an anti Facebook challenger by media figures and blogger alike. The new social media outlet was formed by entrepreneur Paul Budnitz, famed hipster and toy maker. Although not a direct antagonist to Facebook, users of the media giant have grown out of the trend and have been drawn into the lure of a new less inhabited frontier of Ello.

While Facebook is on a down slope in popularity among its users, Ello offers an alternate platform to the table for fed up Facebooker’s to network themselves or promote their businesses. The company believes that the social media foreground should remain a tool to empower with out deception or coerce into manipulation,to be a platform for establish social partnerships,connect, create and user data information should remain with the user.

Ello has also stated that other social media networks take ownership of the information, images, shares, or liked displayed by a user. Essentially user feed the network advertisement with their personality and subject to be used in what ever form advertisers may see fit. The Ello team advocates users should not be subjected to be sold as source of data, only to have advertisers turn around and sell user ad’s based on the information taken and appealing to the users better senses at their own expense.

The creation of Ello Social media was not to target Facebook or other media giants as direct competitors but as an ad free environment for users looking to network in an alternative simplified system. While the site sits in a beta format it offers no threat to the omnipresence of Facebook. Since it’s launch, it’s following has only begun to see any increase in user interest. After an incident involving Facebook and its restrictions insisting users to use their real names sprung a publicity that funneled interests into the direction of the new site spiking sign ups to 35,000 every hour.

As Facebook being a well-known avenue of constant image flailing and verbal traffic it show little no signs of deterrence of user sign ups retaining an open door approach. Ello on the other hand can only be joined by invite of a member contrary to that of its contender. its design however also sits in contrast to the content saturated Facebook. Ello trail blazes in a less concentrated more exclusive narrowed interactive path. Visually dwelling in less ostentatious aesthetic it is simple, decorated in monochromatic tones.

Being the newest member on the social media front, Ello is equipped with no restriction on content no matter how graphic or obscene the content may be. However, there is a limit on what the site does for the user. Where as alternate websites come with an abundance built in applications for modification without third-party aid, Ello’s site find a lack thereof. The interface prevents from something as simple as being able to re-size an image leaving users to alter and edit images via outside editing programs. This is set as part of their business plan but are still working on new models following company growth.