Heroes From Television and Movies That Deserve Video Games 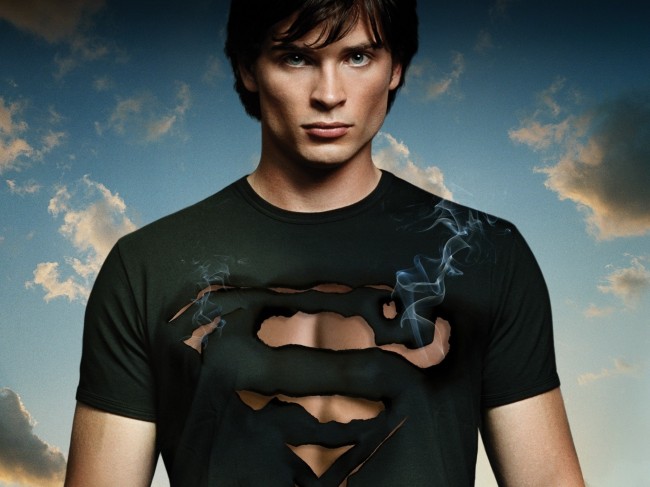 Heroes come in all shapes and sizes, doling out their own brand of justice, insight or otherwise to a needy crowd or city. Even though some of these properties have made the trip from other mediums, their television or movie iterations have that particular spark that would be at home in an interactive game. Here is a short, short list of those heroes that deserve their own headline video games for players to dive through their famous, or infamous, tales of greatness.

The first is an example of one that has made the journey from another medium to television, but Smallville’s Clark Kent, or Superman, is still the hero of heroes to many people. Superman’s video game history has been almost universally bad with just about any title he graces being labeled as below average by the masses. Smallville, which serves as a creative take on the Man of Steel’s origin story, would offer itself well to the episodic, moral-based gameplay of Telltale Games’ The Walking Dead. Within that structure, players could take Superman down one of several paths of questionable morality, perhaps creating a much darker version that has other ideas for humanity than simple protection.

Heroes that make the journey from large movies to video games often bring their fan base along for the ride, and the boys from Chronicle could offer something new to those loyal people. Although not overwhelmingly popular, Chronicle came before the superhero movie boom to give a found-footage tale of some high school kids that were afflicted with superpowers. The factors that could make a compelling video game are the openness and flexibility of their powers and the idea of an accessible world in which to use those abilities. This could have a unique cooperative experience where all four have a full range of powers and use them to take out a mutual target through creative means sure as tossing buildings and buses at the enemy. Of course, there is also the possibility of pitting their powers together, taking out entire city blocks in the process.

The shape and size of this entry puts it as the largest on just about any list. Godzilla, hot off its movie earlier this year, is one of those heroes that does not concern itself too much with collateral damage. Past video game entries such as Godzilla: Destroy All Monsters! have highlighted this destruction, but offered very little in the way of competent gameplay. There seems to be plenty pf potential here to draw players in using its iconic image in a unique way. An example would be a lifecycle mode where the monster hatches in the middle of a small town in search of radiation, growing larger and more destructive along the way. This would be an interesting endurance mode as Godzilla could eventually become large enough to simply step from continent to continent in search of the last radiation on the planet.

Heroes often find themselves thriving when the odds are against them, and the video game medium is where that happens a lot to in-game characters. Most interactive experiences are about overcoming challenge and those odds, making one-man armies the norm of the realm. These heroes have stood that test in their respective tales and there are an abundance of video game players out there that would love to participate in an on-screen struggle in the future.

Heroes From Television and Movies That Deserve Video Games added by Myles Gann on November 5, 2014
View all posts by Myles Gann →