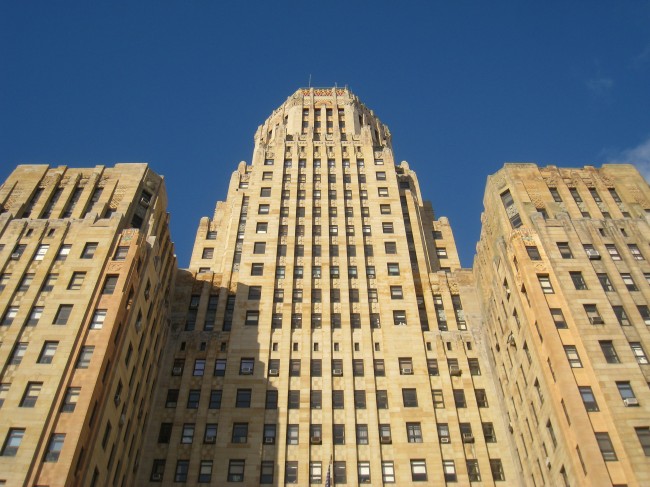 A hostage standoff in Buffalo, New York has been resolved. Authorities said that the 36-year-old man, who entered a downtown pawn shop and held three employees hostage for four hours on Thursday, November 6, died of a self-inflicted gunshot wound. The three hostages were unharmed and evacuated from the building after the gunman shot himself.

Police arrived at the Metro Loan Pawnbroker on Broadway, which is located across the street from the Erie County Library, just before 9:30 a.m. ET in response to a report of a man armed with a shotgun. Initial reports suggested that it was a botched robbery attempt gone awry, however, further investigation confirmed a domestic situation motivated the gunman’s actions.

A hostage standoff in Buffalo, New York has been resolved and the gunman responsible for the tense situation identified. The man who took three people hostage in a Downtown Buffalo pawn shop last Thursday and subsequently killed himself has been identified as Calvin Smith of Depew.

According to sources, Smith had been living with his girlfriend in the Buffalo, New York suburb of Depew until about a week ago. Neighbors said Smith’s girlfriend received a police escort from their apartment last week after a domestic dispute. Moreover, the couple had suffered the loss of an infant child earlier in the year. This loss was very traumatic for Smith and neighbors commented that he never recovered from it.

Smith was a veteran who served in the U.S. Air Force and was on disability. He was known to police, whom have dealt with him on issues related to landlord-tenant disputes, customer service matters in area stores, as well as domestic problems.

According to reports, Smith entered the pawn shop and asked to purchase a weapon. He was known to the employees of the shop and given a 20-gauge shotgun. Instead of purchasing the weapon, Smith reached into his pocket and produced a shotgun shell, which he loaded into the weapon. Police were notified of the incident by a customer who managed to escape from the store.

A hostage negotiator from the Hamburg Police Department, which is another suburb of Buffalo, New York, assisted at the scene in Downtown Buffalo after Hamburg Police received a call from a woman in Hamburg, who identified herself as Smith’s girlfriend. The gunman was inside the store with the three hostages for more than four hours before he shot and killed himself with the weapon.

The hostage standoff in Buffalo, New York that was resolved after four hours created a very tense and chaotic atmosphere in Downtown Buffalo, as public safety and fears of uncertainty weighed heavy on the community. This situation resulted in the evacuation of nearby businesses, the re-routing of the extensive metro and bus service, as well as a blockade of Downtown Buffalo until the situation was resolved. It was a very unique and rare occurrence for the crime-ridden metropolitan hub. While Buffalo, New York, which is also known as “The Queen City,” is a frequent headline maker and often placed on many city high-crime listings, the hostage standoff situation, which occurred on Thursday, November 6, was a surprising event for the New York tourism destination.