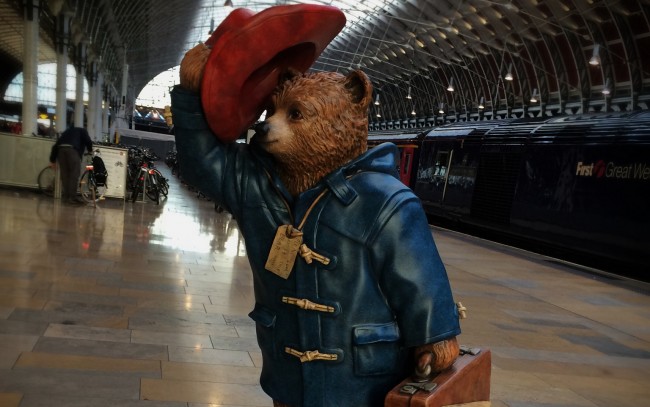 Michael Bond, the creator of the new Paddington Bear movie was shocked to hear that it gained an “unsuitable for children” rating. In other words, it had been given a parental guidance (PG) rating in Britain, over the universal (U) rating usually given to children’s movies.

The movie follows the story of the bear from Peru, who loves Marmalade sandwiches. It is based on the book with the same character, who dons a blue raincoat and red hat. Paddington Bear is a character that many adults loved as children, and the movie has been highly anticipated. However, the rating not so much.

According to the British Board of Film Classification, the new movie is full of sexual innuendos and dangerous behavior. There are mild threats and bad language that makes it unsuitable for some children eight years and under. One of the behaviors mentioned was Paddington Bear hiding in a fridge.

The creator of the character, Bond, was shocked to hear about the decision. The 88-year-old wrote the books, and said that there was never sex references within them. However, he has not yet seen the new movie, so could not comment on that. He could not imagine the sex references being added in. On Tuesday, the “reference” was changed to an “innuendo,” and is during a scene where Hugh Bonneville’s character flirts while cross-dressing as a cleaner.

Bond is not the only person who seems to be shocked by the “unsuitable” rating for Paddington Bear. Many are confused over how the British film authorities make their decisions, including government ministers.

The Dark Knight was given a 12A rating, but Iain Duncan Smith, a Conservative Cabinet minister, said that he went with his 15-year-old daughter. He was surprised that it had not been given a higher rating due to its content. Smith believed that nobody under the age of 15 should have been allowed to go and see that movie due to the content.

Likewise, there have been some concerns over the 12A rating given to The Hunger Games: Mockingjay, Part 1. There are wild animals eating corpses, a hospital bombing and executions all on show in the movie, yet it has been given this lower rating. The 12A rating means that children of all ages can see the movie, as long as those under 12 are accompanied by an adult.

The mild threats in Paddington Bear came in the form of two particular scenes, according to those who decided on the rating. There is one where Paddington is being chased by thieves, and they threaten to kill him and then stuff him. The second scene is where he is lying on a taxidermy’s table, who is getting ready to work on him.

It is up to the authorities to protect children from scenes that may mentally scar them. They deemed that sensitive children may be susceptible to this scarring, which was the reason for the PG rating. However, children can still go to see the movie with their parents. That has not stopped the shock that Bond felt when he heard his character Paddington Bear was “unsuitable for children.”