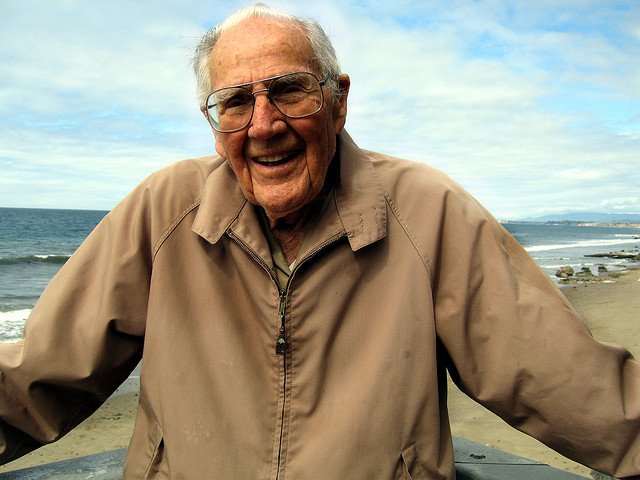 According to research, the 70s are usually the peak of happiness in life for most people. People tend to experience dissatisfaction during their forties and reach a nadir round age 46. By the time people turn 50, they begin to feel an unexplainable lightness of being that can even be at odds with family, work and health situations. Researchers describe this as the U-curve.

Since the 1970s economists have been studying happiness trends among populations. In the 1990s, various labor economists, including David Blanchflower of Dartmouth University and Andrew Oswald of the University of Warwick, became interested in examining the relationship between work and happiness. They noticed a pattern appearing that related happiness more to age than to career or job satisfaction. In international surveys, contentment would decline during people’s 20s and 30s and bottom out in their late 40s. Then happiness began to increase with age. Carol Graham of the Brookings Institution found the same tendencies in her studies of Latin America.

The idea of a mid-life crisis is common. The idea that happiness may be affected by age regardless of other life circumstances is less well-known. The first people to study happiness trends were economists because economists are concerned with large group data and patterns over long periods. Psychologists are often more interested in individuals, life events that cause unhappiness, and developing coping mechanisms. They have recently begun taking the U-curve seriously.

Of course, not every person experiences the U-curve, and some follow it more closely than others. Some people are more joyful in general while others struggle with depression. Beneficial or tragic life events can throw off the curve, but the trend applies to a majority of people. It seems to appear more in wealthy nations where people are focused on careers, wealth and having it all. The U-curve manifests itself as a niggling dissatisfaction with life rather than a drastic depression that causes people to make big changes. In their forties, many people seem to stop and question, “Why am I not happy?” Despite achieving goals and having families, their lives feel unfulfilled and mundane. The excitement people felt in their twenties and thirties seems to vanish.

The forties can also be a time of change. Often people are thrown for a loop; a divorce, job loss, or death of a loved one. They can feel that life is pointless because everything they worked toward has been undermined by happenstance, but this is why acknowledging and understanding the U-curve can be important. It is helpful to know that the feelings of dissatisfaction are common, and, more importantly, they will likely pass.

People rediscover their joy in their 50s. For most, happiness increases through their 60s and 70s and even beyond until old age and ill health begin to take their toll.  Mid-life is a time of transition to something better. People learn to let go of hopes and regrets they accumulated through the first half of life. With the future foreshortened, people focus on the present, living in the moment and cherishing the life they have.

Recently, researchers have looked for more evidence of the U-curve. One longitudinal study, examining the same subjects over a long period, confirmed the trend of growing dissatisfaction and an ensuing increased happiness in later life. Another study found that the use of anti-depressants peaks in the late forties. Merely being middle-aged can double the likelihood of being prescribed anti-depressants. Still another study discovered the same patterns hold true for other primates. Apes also become depressed in middle age which implies a strong genetic facet to the U-curve.

Actress Amy Adams made headlines when she admitted to Vogue that she experienced a meltdown when she turned forty. Her words describe the U-curve accurately. “It wasn’t, ‘Oh, I’m getting old and I’m going to lose something vibrant about myself.’ It was more that I was so disappointed with myself. It’s just awful. Any chance for self-loathing!” Adams captured both the dissatisfaction with a successful life and the fact that feeling bad about life makes people feel guilty. People know they should be grateful and appreciative of life, but they just cannot feel it. The U-curve does not mean that every 40 year old falls into depression, just that it may be harder to feel happiness in mid-life.

Writer Jonathon Rauch says he felt churlish during his 40s because he knew he had success but it did not seem adequate. Now in his 50s, he states that he has experienced a return of the feeling of gratitude, and it feels like ” a gift.” His experience correlates with research that finds the peak of emotional life may occur in people’s 70s. It becomes easier for people to feel grateful and happy as they slide into old age.

A group of German neuroscientists used brain scans to study mental and emotional activity. They found that older participants had a “reduced regret responsiveness.” Older people do not feel as sad about things they cannot change or opportunities missed. They also react less strongly to negative stimuli. They have learned to let things roll off their backs. Psychologist Dilip V. Jeste of the University of San Diego, has used research such as this to study the idea of wisdom. He wondered if some cognitive functions improved with aging. Focusing on the ancient concept of wisdom, he found that older people generally were more spiritual, better at coping with uncertainty, better at making long-term decisions, less impulsive and had more neuroplasticity. Although the aging brain may not be as sharp or quick as it once was, age provides more gifts than it takes away.

People going through a low-key mid-life crisis can feel relieved that their feelings may be linked to their age and may be temporary. The U-curve provides hope that the future will be better; that happiness waits around the next birthday. The U-curve describes a natural, if difficult, transition to the next stage in life. Youthful exuberance and high expectations give way to disappointment and dissatisfaction, which in turn gives way to a calmer and more contented outlook on life. It is good to know that the 70s are usually the peak of happiness in life for most people. Every person can look forward to feeling more joy.