Ray Rice Wife Tells Her Side 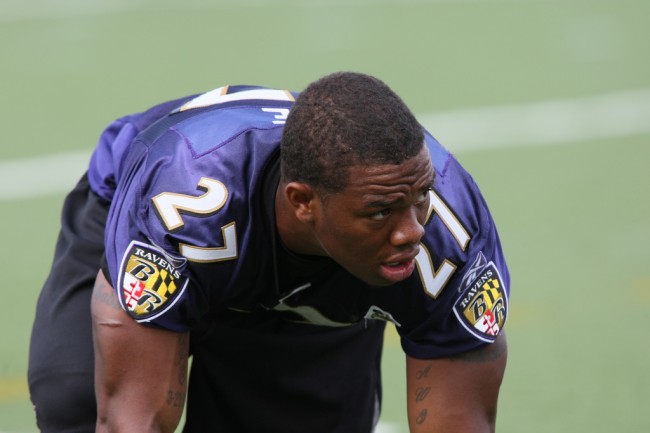 In an interview with ESPN’s Jemele Hill, Janay Rice the wife of Ray Rice tells her side of the story. Rice doesn’t consider herself as a victim, but understands she and her husband are the symbol of domestic violence. ESPN released her side of the story shortly after the former Baltimore Ravens running back won his appeal and was reinstated in the NFL from an indefinite suspension. Rice was suspended for striking his then-fiancé’ in a hotel elevator in Atlantic City back in February.

The tell-all interview was done on Nov.5. In her own words done in essay form, Janay gives details of circumstances leading to Rice knocking her out in the elevator. She talked about how she was agitated because Ray planned a group trip to Atlantic City for Valentine’s Day instead of having a small intimate date with just the two of them. She said she grew more frustrated when her husband seemed more attentive to his cell phone than her.

From there she gives chilling details of how the two were intoxicated and she reached for the phone but Ray spat on her. That prompted her to slap Ray, and that is when he punched her. As videos show, the punch knocked her into the railing of the elevator and her body dropped to the floor. She recounts not remembering much after that point due to being drunk and the punch. She remembers waking up and being questioned by police. She remembers feeling “foggy” as police detained and questioned them. On the ride back home to Baltimore with friends that went on the trip with Ray and her, she did not say much. Meanwhile, Ray was on the phone with his agent and Ravens’ officials, giving details about the incident.

Her mother, who was watching their two-year old daughter while they were in New Jersey, was at their home when they arrived. Her mother knew they had been arrested but she did not know the details surrounding the arrest. Ray filled her in, and all she remembers is her mom asking her had it happened before. Ray Rice’s wife continued in telling her side, stressing this was the first time something like this had happened between them. She added that getting married on March 28, a day after Ray was indicted for the incident, was a coincidence and had been decided before the indictment.

In the meeting she did not expect to be questioned by Goodell, but was asked how she felt about the incident. Shocked, she broke down in tears. She claims that Ray and she are stronger than ever before. She said Ray has been remorseful ever since that night. At the end of Ray Rice’s wife telling her side of the story she says she wants people to read her essay and know the couple is “real” and love each other.