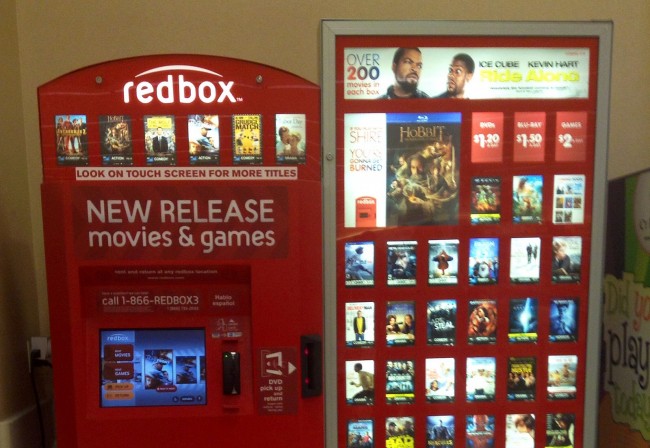 Outerwall, the parent company of Redbox, is once again raising prices on their DVD rentals. This is only the second time the movie rental kiosk company has instituted a rate hike in the past 12 years. Back in 2011 the company raised their prices from $1 per night up to $1.20 per night on the standard DVD rentals. Now the company is increasing the rental fee by 25 percent, up to $1.50 per night.

In a press release on Monday from the Redbox parent company, the chief executive officer J. Scott Di Valerio said that even with the price increase they are still the best option for value when enjoying new-releases at home. In the statement, Di Valerio said that Redbox’s daily prices are still less than those of Video on Demand. He also stated that with Redbox viewers are able to get all of the newest movies months before the streaming subscription services offer them.

Redbox is hoping that by raising the prices for DVD rentals they will be able to continue to offer customers quality service as well as the high quality games and movies the consumer has come to expect from the company. The price increase is an effort to help the company’s bottom line which has been stagnant lately. Not only does the company believe that this is a business plan that will allow them to invest in the future, but this will also allow them to continue to offer future enhancements to the customers.

One of the plans that Redbox is currently working on is a recommendation feature that is comparable to the one their competitor Netflix already offers. The recommendation option will allow the company to make suggestions for similar offerings as what the consumer is already viewing or what they have viewed in the past. That particular feature has contributed to Netflix’s continued success and Redbox is hoping to find their own success with the recommendation option. There are also plans for the company to have better  more efficient stocking options in kiosks as well as plans for more mobile technology to be implemented.

Although the Redbox parent company believes that raising prices will not have an adverse effect on business, analysts seemed a bit more skeptical. One analyst wrote in October that he believed that while there may be short-term benefits to the price increase, the long-term does not look promising. In fact the analyst believed that the price increase could be detrimental in the long run. This skepticism stems from the results of the previous price hike and the overall movie rental forecasts. Only time will tell if the decision to raise rental rates will have a negative impact on Redbox.