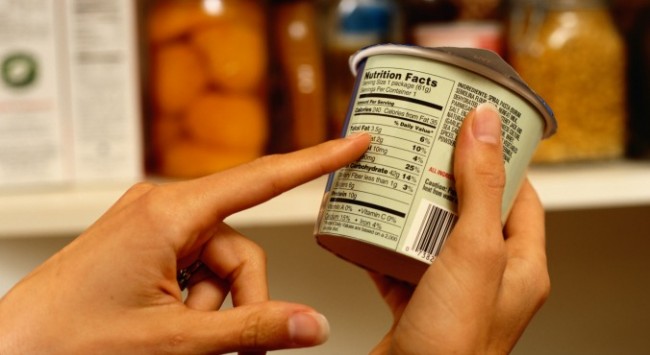 The film Super Size Me opened people’s eyes to the negative impact of a fast food diet and an upcoming Australian film, based on a sugar-filled dietary experiment, may have a similar effect. That Sugar Film looks at perceived healthy foods, many of which are typical lunch box fare, that are actually high in sugar content and gave the filmmaker health issues in a mere 60 days.

Damon Gameau, an Australian filmmaker, wanted to follow in the footsteps of Morgan Spurlock, who co-starred in Super Size Me along with the McDonald’s food he consumed daily for one month. The Aussie’s resulting documentary follows himself consuming a strict diet of food that was high in sugar content but low in fat.

Gameau reported that he consumed 40 teaspoons of sugar each day. That is slightly more than the average teenager does, are well above the American Heart Association recommended levels of 9 teaspoons for men and 6 teaspoons for women.

In the “high sugar” diet, he made sure to avoid soft drinks, chocolate, candy, ice cream and other goodies that are typically cited as sources of excess calories and sugar consumption. Instead, his sources for the sugar experiment were things like cereal, low-fat yogurts, fruit juice and sports drinks, and other products that as he put it “parents would give their kids thinking they’re doing the right thing.”

In Super Size Me, Spurlock ate McDonald’s three meals a day for a month. By the end, He was suffering from fatigue, headaches, liver problems as well as high blood sugar, cholesterol and blood pressure. He also gained 25 pounds.

After a mere three weeks on his sugar experiment regimen, Gameau had similar issues. The filmmaker, who had previously been fit and healthy became sluggish and moody. Gameau said the sugary diet left him feeling hungry even though he ate roughly the same amount of calories as he normally consumed before beginning the sugar experiment.

The Australian filmmaker added 10 cm of visceral fat around his waist during the period. His doctor informed him that he was starting to show signs of fatty liver disease, which can lead to liver failure if unchecked. The doctor commented that he was on the fast track to obesity, and his mental functioning had become somewhat “unstable.”

Gameau noted that his filmed sugar experiment and its findings were not intended to encourage people to completely cut sugar from their diet. His goal was to emphasize how much sugar can be found in foods many consider to be healthier than things like candy and soft drinks. “Sugar’s now in 80 percent of the processed food we’re eating,” he pointed out.

In That Sugar Film, Gameau’s final meal is representative of what parents often send to school with their children. The lunch included juice, a sandwich, a cereal bar and some small snacks. “The last meal was for all the people out there, especially parents, who are led to believe they are doing the right and healthy thing for their children,” he commented. “They are making an effort yet are horribly let down by the lack of integrity in marketing.”

Gameau’s film relating his super size sugar experiment will be released in Australian in February 2015. An American release date has not been announced yet.