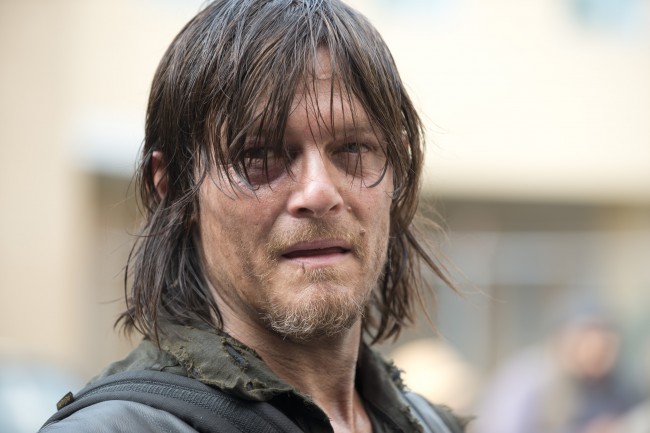 The Walking Dead will have its mid-season finale tonight, called Coda, and fans of the show have been both eagerly anticipating it and also wondering who, if anybody (other than Dawn and other police officers) will die. As it is the season finale, expect that whoever it is (or they are) are might die, the episode will be an exciting and bloody one.

If anyone of Sheriff Rick’s band dies tonight, Noah seems to be the person most fans think will kick the bucket, just because he is the newest member. Sasha would be a close second, followed by Beth and/or Carol, as the assault on Grady Memorial Hospital is not apt to be a bloodless coup.

After all, though they likely will not be a match for Sheriff Rick and his group on The Walking Dead, Dawn and her fellow police officers are armed, and presumably at least one of them can hit the side of a barn. Also, the hospital is surrounded by walkers, which does not make things any easier. On top of those factors, the policeman, “Bob,” has escaped and quite possibly will have been able to get advance warning to Dawn and her buddies about the eminent onslaught to their domain.

While Noah might be the most likely choice of someone to have killed off on The Walking Dead, as he is a newer cast member who does not yet have as many attachments to anyone else in Rick’s group, the episode has been called “heartbreaking,’ by both actors and the episode’s producers. This would seem to imply that Beth and/or Carol will get killed off tonight.

Though it is possible that some character not involved in the attack against Grady will die, that is probably less likely of a possibility in tonight’s episode of The Walking Dead, unless maybe Father Gabriel gets killed by a walker who used to be a member of his flock.

If Rick or Daryl died, the producers of The Walking Dead would likely have a riot on their hands, as they both have so many fans. It will be bad enough if either Beth and/or Carol dies, but…it is not looking good for at least one of them.

One argument people have made that Beth might be killed off tonight is that, according to an article at Comicbook.com, her death “wouldn’t change the trajectory of the show very much.” She has not been in the show much lately, as she has been held captive (more or less) at Grady Memorial Hospital.

Also, Norman Reedus, who plays Daryl, reportedly had to cry before some scenes were shot, so he would not cry on camera. He likes Carol, as well, so maybe he would cry if either Beth or Carol dies; but, of the two, he likely feels at least somewhat closer to Beth.

If Beth dies in The Walking Dead: Coda, some fans have guessed she might go while trying to save someone else’s life, or maybe while trying to kill Dawn. If she sacrifices herself for another group member, even money has it that the sacrifice would be to save carol’s life — though, she would probably take a bullet to save Daryl, or the lives of any of the others in Sheriff Rick’s group, really.

If Beth dies while also taking out Dawn, there would be a sense of poetic justice in it. She would be taking out the person who has treated her like crap and has slapped her around, and by killing Dawn, she might also be saving Carol’s life or the life/lives of someone else/others.

If Carol Peletier is the cast member who dies on The Walking Dead, it could be argued that she has also been gone from the main group for a while, and her absence would not hurt the overall continuance of the series. However, she is a bad-a**, and has saved Rick and his group with her cunning and guts, so it would be a huge loss if she died. Daryl and Rick would also feel devastated by her loss; in particular, Daryl would.

Carol is in pretty bad shape, though, barely clinging to life, unless she starts making a rapid recovery. Rick does feel as if he “owes” Carol, though, so if she dies tonight, he would not have had the time to be able to pay her back.

Of Tyreese and Sasha, most fans would guess that Sasha would get killed off, though either one of them might die in The Walking Dead: Coda. However, unless one or the other dies while trying to save Beth and/or Carol, their deaths would probably not cause Norman Reedus to cry as much as the deaths of Beth and/or Carol.

There will not be a compromise that Dawn will agree to, both because it would go against her character and also it would not make for good drama. The show would be over within a few minutes if she just caved and both groups went on their merry ways, none the worse for wear.

On The Walking Dead: Coda, one thing is for sure — somebody will die who is a regular cast member, and possibly more than one person will die. Also, whoever it is that dies will either be someone(s) who Daryl’s character likes a lot, like Beth and/or Carol, or the character will probably be someone who dies while trying to save Beth/Carol. Please leave any comments below!