Violence Against Women and How We Might Become Free 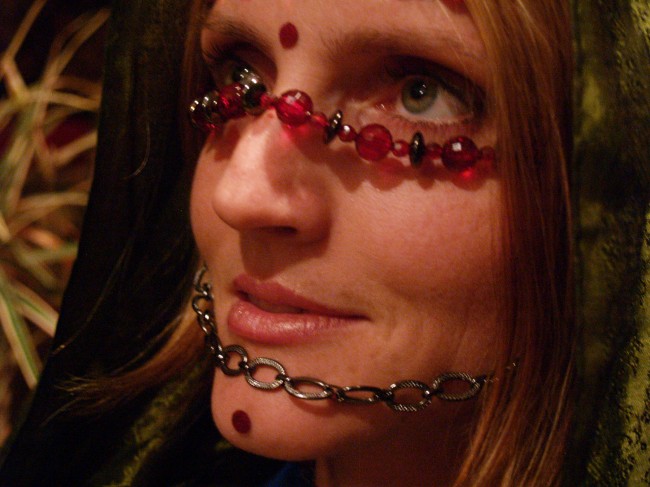 November 25th marks the International Non-Violence Against Women recognition day. It was initiated in 1960 when three sisters in the Dominican Republic were visiting jailed husbands and were subsequently beaten to death afterwards. The statistics are staggering, when realizing the percentage of women in this world who are abused both physically and sexually each year. It is estimated to be at least 35 percent of all women globally. With this in mind, it moves one to recognize not just November the 25th as non-violence day for women, but every day. With so much perceived violence occurring against women, how might we, as a global people, become free of such acts?

Across the globe there have been numerous acts of violence against women including, but not limited to the basic assumption that women were created to be a sexual slave to their husbands, women were created not to feel pleasure, but to pleasure (as seen in the acts of female circumcision) and even the basic assumption that women must somehow fit into certain molds set out for them by society.

Violence is any act that strips one of basic freedoms, that hurts an individual in any way, physically, emotionally, mentally and even spiritually. As of late, the hearing for Swami Akhandananda Saraswati from the Mangrove ashram in Australia, is set for December the 2nd. Saraswati was known as “guru” to many and has been charged with sexual molestation on multiple accounts. In this light, there could be, and reportedly and evidentially are, numerous other spiritual and religious leaders who have taken advantage of women (and men/boys in some cases) under the guise of “enlightenment” and “evolution.”

On this day, it seems too many cases of violence are brought to the table – how might all become free of this? On this day of recognition for the non-violence against women it is appropriate to suggest that each women begin with herself. To ask the question “Am I being kind to myself?” For in this age of quantum mechanics and new age, many have become privy to the awareness that all experiences begin within the self. If this is true, then it must be considered that if women are being violated against, then the violence somehow begins, not only within the psyche of the female, but within the very feminine essence of every human.

As one looks around the globe and assesses the type of energy that prevails in business, economics, health-care and politics, it does not take a genius to see the world as largely dominated by a masculine and patriarchal society and has been for some time. The “feminine” has been taught and encouraged to stay behind closed doors, to “back up” their men, but not to come to the stage. Memories and stories still linger of witch hunts and the sexual evils of women as representing the “temptress” of Satan. Even still this reality lingers and persists, though so many would claim to exist in a much more “enlightened” age.

To truly become a society and world that embraces and acts non-violently against women there must arise individuals and communities who learn to respect and cherish feminine qualities and to find ways to incorporate them more fully into everyday “logical” reality. Non-violence, in other words, also means non-passivity. Because, though many would claim to have no part in actually injuring a woman physically or sexually abusing them in any way, can these same individuals report to sustain and uplift the women in their lives as the source of nurturing, wisdom and inspiration they are?

How might one become free from violence of every sort, against women and otherwise? As “the world as we know it” literally crumbles, as wars and bloodshed continue to plague countries and people, as women are mutilated, belittled and killed, as the masculine energy of dominance and tyranny seeks to continue to control reality, each must choose anew. Each must choose not to hate our wrong-doers, but to love. Each must accept what happens to us, as happening for us. Each person must begin again to trust the capacity within – to connect, to hear, to dance, as One. All must remember that though appearing separate, all are really related, as One human family.

When considering what non-violence to women really means, one might ponder the violent act of living trust-less of our fellow humans. Isn’t the real violence against women, violence against the feminine nature? And what is that nature? The feminine represents all that is intuitive, receptive, nurturing, creative, loving, accepting and kind. If not actively engaged in supporting these qualities within as well as in the world, then each are just as guilty of “violence against women” as one who throws the stone. Harsh, but true in so many ways.

This world is suffering not only from the hands of few, but from the passivity of all. When individuals do not act, do not love, when one perpetuates violence or spread rumors of other’s violence, the same become part of and multiplies the madness. What one can so often “pin” on another or blame another for…if taken in the light of the divine feminine, can be healed, can find the gift within and move forward better people for it.

If you feel you have been wronged or violated by a spiritual leader, family member, stranger or saint, the time is now to heal that place in yourself, to love the one who injured and be elevated by your ability to transcend. In eastern mystical traditions, the act of transcending the dross is known as inner alchemy. It is not for the faint at heart. However, if this planet is to be transformed from one of war, hatred and victimhood, all must become inner alchemists and stop pointing fingers. All must heal the violence against the female within, stop pointing the arrows of blame from the masculine mind to the feminine body of receptivity. Each being must cease to allow the feminine within to be victims of the strength masculine has held. All must heal, integrate and move ahead stronger and with more love.