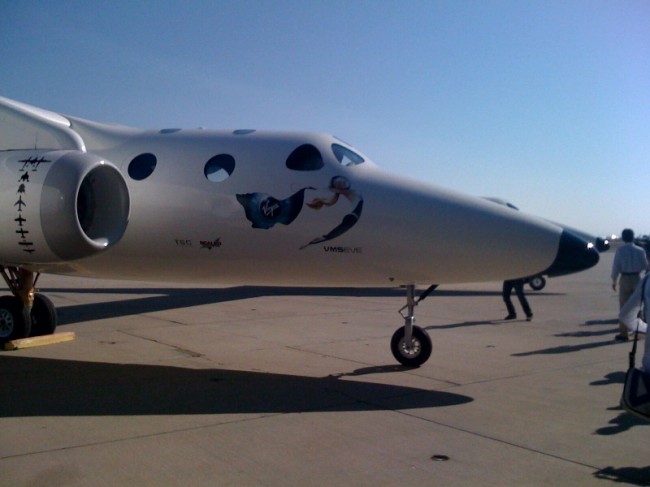 The spaceship known as Spaceship Two broke apart last Friday, killing one of the pilots and severely injuring another, sparking a call for a review of their technology known as “feathering” within Virgin Galactic, the parent company of Spaceship Two. “Feathering” is designed to rotate upward on the tail of Spaceship Two, allowing the craft to slow and float as a feather would, while it enters the Earth’s upper atmosphere. Burt Rutan, the designer of the new technology, garnered his inspiration from the shuttlecock in badminton. That utensil uses its shape to dominate altitude and speed. On the way back to Earth, the tail pieces are assumed to move into a fan like formation to help slow the craft down as it returns to Earth.

However, Virgin Galactic “feathering” technology is not fully automated. Right before Spaceship Two enters the edge of space, the pilots get ready to descend by unlocking the sections of the tail for deployment. Then the “feathering” handle must be moved before the tail slowly fans out. When the tail is raised, the fuselage of the spaceship comes even with the horizon, providing drag which allows the spaceship to begin to slow down at such a grand height. This also lessens forces on the Virgin Galactic Spaceship Two, whose feathering technology has come under review in lieu of last Friday’s crash. At about 60,000 feet, the tail is supposed to automatically revert to their original positions as the Virgin Galactic spacecraft floats back to Earth.

However, the National Transportation Safety Board has stated that they believe the “feathering” system of Virgin Galactic had been unlocked before the right speed had been achieved in which it was to be unlocked. They say that the telemetry information they received showed that the “feathering” specifications went from locked to unlocked nine seconds after the engine started. They go on to say that meant that the system unlocked at Mach 1.0, but should not have happened until Mach 1.4. The NTSB also states that mere seconds after the “feathering” specifics gave the green light to unlock, the feathers deployed, although the “feathering” handle had not been touched. However, the NTSB did state that recordings from the cockpit of the crashed spaceship showed that the feather lever was pushed by the copilot to the unlock position.

Some experts are saying that the unfortunate crash of Virgin Galactic Spaceship Two craft last Friday, possibly due to its “feathering” technology, will not only be under review, but it could possibly overhaul the market for outer space tourism. They claim that this recent crash will be a major setback for the industry in the future as more and more people closely watch future space flight tests. Experts also say that there may well be more government regulation and much more test flights needed to prove the safety of such flights. For instance, the airline industry has many guidelines it has to follow in order for them to be able to fly. The only regulations in the space tourism industry to date have been light, and they do not need to be certified before being able to carry passengers, unlike airline builders. Critics are hoping that new safety measures for such craft will be implemented.