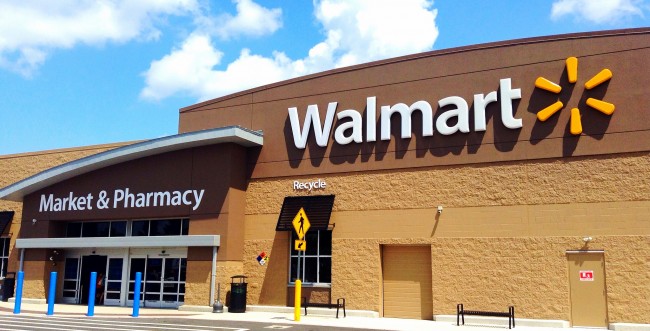 In an effort to bring in more business in time for the holiday shopping season, Walmart decided to extend their price-match guarantee to include online retailers such as Amazon. Many stores were already doing a price-match for customers however this corporate announcement formalized the program for all stores across the country. Unfortunately for the company, the new, broader price-match guarantee had to be fixed after scammers found a loophole that allowed them to buy PlayStation 4s for $90 at a number of Walmart stores.

The Walmart price-match guarantee is part of an effort that the company is using to stop customers from “showrooming.” “Showrooming” is when customers go to the brick and mortar stores to check out a product and then turn to online retailers such as eBay and Amazon for lower prices on the same item. Some customers even make these purchases directly from the store using their cellphones.

Walmart has allowed customers to bring in printed circulars with lower advertised prices and matched them, but now in an effort to keep the customer in the store to make the purchase, the company has expanded their price-matching to include online retailers. Now customers need only show an online advertisement either on their phone or in a printout to get the lowest price offered.

Opening up the price-match guarantee should have been a great way for the company to bring and keep customers that might have gone home to finish up their shopping for less money. Instead, Walmart was faced with fixing up a loophole that scammers were able to find and abuse with the price-match guarantee. Just a few days after news broke that the company planned to match Amazon prices, reports surfaced about individuals creating fake accounts on Amazon and offering PlayStation 4s for $90 and using printouts or screenshots of the listings to get $400 off the price of the gaming systems.

While a number of individuals were able to take advantage of the system, there are still a number of rules that apply to price-matching. Customers are limited to only one of any given item at the reduced price per household. The manager also has final say over whether that price can be matched in the store. The item must also be the exact same item as the one advertised, no substitutions allowed.

Since the scam became public, Walmart has tightened up on the guarantee and what is allowed as a valid source for pricing. In the latest addition to their price-matching, the company specifies which companies online they will match in store, including their own website. The policy update also specifies that they will not honor any prices from auction sites, marketplace vendors, sites that require an individual to have a membership or any third-party sellers. This means that all of those $90 PlayStation listings will no longer be accepted as a valid advertisement.

Although Walmart had to fix a loophole in their price-matching guarantee, shoppers can still take advantage of lower online prices in stores. Customers can still bring in printouts or screenshots of lower prices they find online for items in stock. Store managers will still have final say on any price-matching that occurs, but many happy shoppers will no longer have to go from store to store in order to find the best deals this holiday season.