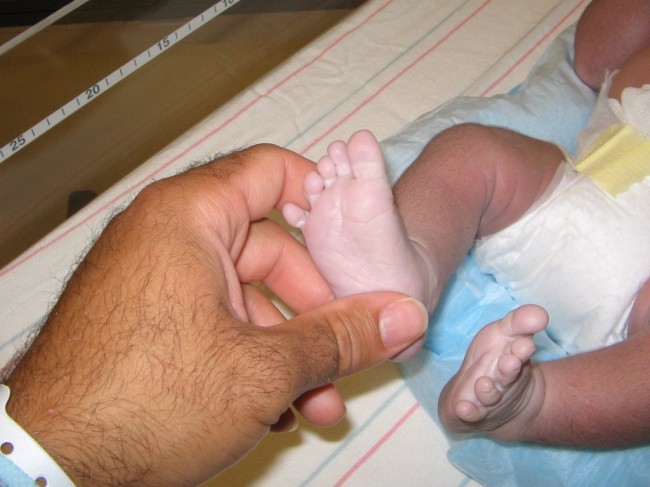 Part of the charm of the critically acclaimed British television show Call the Midwife is the old-fashioned idea of the nurse midwives helping women prepare for safely delivering their babies in their East End tenement homes. In the late 1950s era depicted, the National Health Service (NHS) in England knew the poor could not afford hospitals, but eventually hospital births became the norm. Now, with 90 percent of births over there taking place in hospitals under a doctor’s care, the British are reversing course and now encouraging women to have babies at home.

Reversing a generation of guidance on giving birth, the NHS in Britain this week issues new guidelines advising women with routine pregnancies to deliver their babies in their own homes or a neighborhood birth center with midwives. The belief, according to the announcement from the National Institute for Health and Care Excellence is to avoid doctors and the possibility of cesarean sections for uncomplicated births. They estimate that almost half of all babies could once again be born at home or a birthing center, and will be better off for it.

“The advantage for the mother is that the further they are from an obstetric unit, the less likely they are to be operated on,” according to Mark Baker, who is clinical practice director of the country’s National Institute for Health Care and Excellence. They will also be less likely “to have an assisted birth, to receive drugs that they don’t want or don’t need,” he added.

Studies support his assertions. Hospital births are more to lead to epidurals, cesareans and episiotomies, according to a 2011 government financed study by researchers at Oxford University. They found that the risk of serious complications or death for babies was generally the same in homes, birthing centers and hospitals, with the exception of first-time mothers, who had a little higher risk from home births. Still the odds of serious complications are slim for first-time mothers, with slightly less than 1 percent of home births experiencing serious complications, versus one-half of 1 percent for hospital births.

In the U.S., more women are having babies at home or in birth centers, but the numbers are still really low. Only 1.36 percent of American babies were born outside of a hospital in 2012. The American College of Obstetricians and Gynecologists still views the hospital as the safest place to deliver.

The difference in both countries is financial and in training. In the U.S., where people are more litigious and ready to blame what there is a complication, the cautious approach offered by a hospital setting and rush to intervene with surgery or drugs, both of which will increase costs. In Britain’s taxpayer-funded system, however, there are no financial incentives for doctors to deliver in a particular setting. There is a financial incentive for the government, though. A traditional hospital birth costs the British government’s health system about $2,500; conversely, a home birth costs roughly $1,500 and a birth center about $2,200. By contrast, an American study found California women being charged from $3,296 to $37,227 for a simple vaginal delivery, depending on the hospital. C-sections cost twice as much with an equally large price difference.

The U.S. and British midwife training differences also come into play in encouraging home births. In Britain, training to be a midwife is a three-year university-based program with clinical rotation training. In the U.S., training varies in difference states, with some not having any requirements for licensing or formal training.