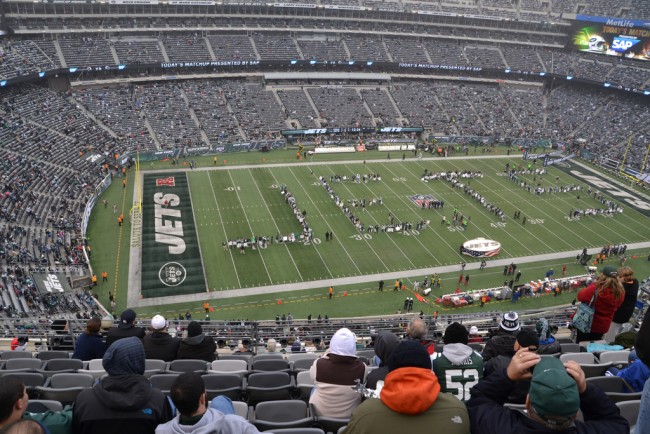 The New York Jets will look to simply just end their season a positive note this Sunday against the Miami Dolphins, hoping to win this final game. Both teams have had disappointing seasons, although the Dolphins remained a playoff contender into December, while by contrast, the Jets were eliminated very early in the season. After winning their home opener against the Raiders early in September, the Jets season tailspinned, as they lost eight games in a row after that first win. They did not win again until well into November, by which point, for all intents and purposes, they were essentially eliminated from playoff contention.

Miami looked for much of the season like they were going to be a serious contender for the playoffs. A hot start early in the season that included a huge win over the Patriots had some thinking that they could even take the division, although they never showed that level of consistency as the season wore on. Still, they stood at 7-5 after beating the Jets to start the month of December, but then suffered a crushing defeat to the Ravens. They followed that up with a blowout loss to the Patriots at Foxboro that ended any slim playoff hopes that they still might have had. But they played a tough and gritty game last weekend against Minnesota, and pulled off a thrilling comeback win in overtime.

While many expect the Dolphins to build on the positive steps that the team has taken in the last couple of seasons, that is not the case for New York. The Jets want to end the season with a win, but even if they do, there are a lot more questions than answers on the Jets sideline. Uncertainty reigns supreme for the Jets, as many expect that head coach Rex Ryan will be among the casualties for a season that fell far short of expectations. For that matter, the Jets are heading towards yet another off-season without a clear answer as to who their starting quarterback for next season will be. Neither Geno Smith nor Michael Vick appear to provide any lasting solution.

Despite their poor record, the Jets have been competitive in many games that they wound up losing, including both games against the New England Patriots, as well as the earlier meeting against the Dolphins. The Jets played well defensively against Miami in that contest, enough to make an impression on Dolphins quarterback Ryan Tennehill, who said that New York had a good game plan. He expects them to play well against Miami again this Sunday.

For Miami, Ryan Tennehill is emerging as a solid quarterback, and seems to be getting better each season. Some mistakes and limitations were evident, but Dolphins management is sticking with him. Also coming back will be head coach Joe Philbin. And they look to build on some of the successes the Dolphins saw earlier this season by ending it on a high note with a win.

The Jets, however, will do everything to make it as difficult on Miami as possible. The players like coach Rex Ryan, and want to play well on his behalf. He has been the head coach for six seasons, and took the Jets to two AFC Championship Games consecutively. He infamously made guarantees about the Jets qualifying for the Super Bowl, although those were not things that he was able to produce. He also made waves when he famously said that he would not simply kiss Belichick’s rings in admiration of the man or his accomplishments.

Still, Ryan is expected to be gone shortly after the season ends after yet another losing season. But the New York Jets players want to end this season with a win in the final game. They have some reasons to feel confident, too. The defense played solidly when they last met Miami. Also, New York’s running game gave the Dolphins all sorts of problems in that first meeting, running for a combined 277 yards. They will look to take advantage of Miami’s run defense again, and the Dolphins will have to find a way to plug up the holes that the Jets exploited last month. Prior to the contest, the Dolphins rush defense was considered a solid unit, but they never recovered from that poor showing, dipping from being ranked 10th in run defense prior to that game, to entering this game with the 24th rated rush defense.