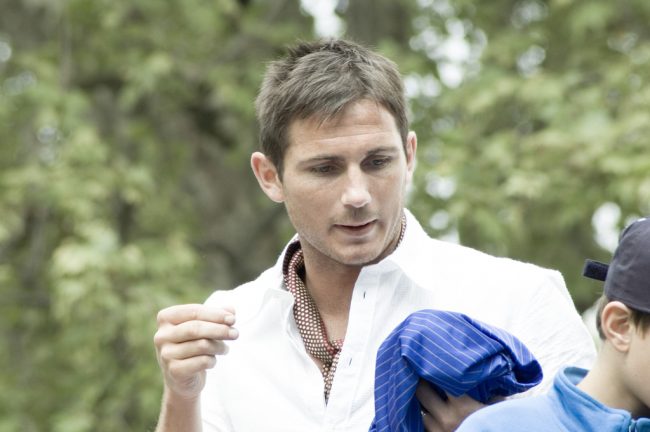 Manchester City manager Manuel Pellegrini stated that it would be this week that the pending decision about whether Frank Lampard would remain with the club or go to New York to join his new Major League Soccer (MLS) team. Lampard joined the expansion New York City Football Club (NYCFC) after being released by Chelsea when last season ended. He joined City on loan for the beginning of this season, as the MLS season will not start until March.

Given the string of injuries Pellegrini’s squad have suffered to key players, Lampard’s presence has been a saving grace for the club, helping them on the march up the standings to be sitting just three points behind Chelsea on the table. His contribution of six goals and his experienced play has been pointed to by coaches, players, and commentators alike as key to their successful run, and Pellegrini wants him to remain for the rest of the season. He told reporters that there had been a significant amount of contact between the two sister clubs, and that he did not believe that Lampard remaining in England would upset the NYCFC too much.

Pellegrini’s optimism about the New York club’s willingness to allow Lampard to stay may be somewhat premature, however, and not take into account the nature of the American city’s sports fans. Lampard is a huge draw for NYCFC, and already has a growing fan base. With multiple MLS teams competing for supporters, not to mention numerous teams in the are from other professional sports competing for entertainment dollars, the newly formed club may not be as happy about losing their Premier League cash cow as the City manager would like to think.

Shared ownership aside, professional soccer in the U.S. has a tenuous hold on the meager market share it has, and world-class players like Lampard are a large part of their growing success. Disappointing fans who are looking forward to seeing him right out of the gate is not going to be looked upon as a wise business decision for a team just starting in the league. This pending decision about Lampard and the tug of war between NYCFC and Manchester City may get uglier than the current public relations spin is implying.

The City squad is missing some top talent as this comes up. While it looks like Stevan Jovetic and Vincent Kompany are close to returning, expected to be fit to play by next week, other key pieces are likely to remain absent a while longer. Edin Dzeko and Sergio Aguero are not expected back until the latter part of the January break. Prospects for the club to come into the last leg of the season strong and take the league lead from Chelsea are good once these missing pieces are returned to the pitch, but Lampard may be a large part of making sure they continue to be successful in the interim. The year-end schedule is rough, and depth on the roster is a perennial hallmark of teams that are able to navigate it without faltering going into the break. At the moment, the City bench is a bit thin.

Both clubs involved in the current scenario have significant financial stakes in the outcome of these negotiations. It adds a bit of pre-transfer window intrigue for the fans already gearing up to see how January will impact their squads. While it would be exaggeration to say that the season hopes of Manchester City hinge on the outcome of the pending Lampard decision, the impact does have the potential to be a big one.