Martin Odegaard the Teenager Manchester United and Liverpool Are After 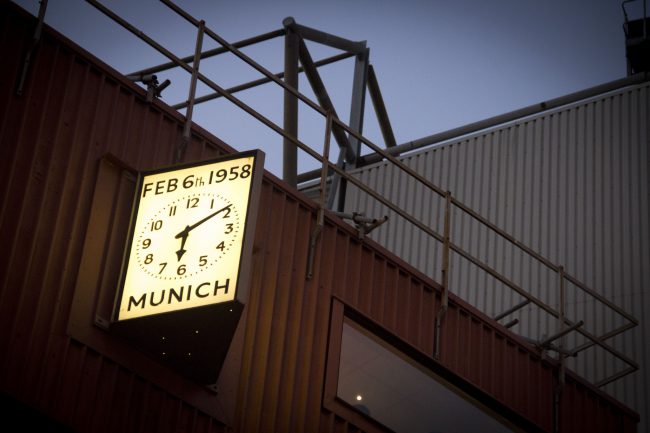 Manchester United, Liverpool, and Arsenal are all interested in running after the 16-year-old phenomenon that is Martin Odegaard, but it is not only Premier League teams that are interested in the teenager. The Stromsgodset player is being courted by multiple international teams, as well, Despite media speculation that a deal had already been struck and done with Bayern Munich, Odegaard remains unsigned and is being pursued by giants like Real Madrid, Barcelona, and Ajax as well. With the frenzy of activity around him, he has taken over superstar status before he even hits the professional level. Given the contract numbers being tossed around in the media, it seems clear that if nothing else, he is on target to become the highest paid youth player in the game very soon.

Although United and the other Premier league clubs have expressed interest, most of the press is pointing to it being unlikely that Odegaard will come to England as his next move. Most of the speculation in recent weeks has been around an offer made to the youngster by Bayern Munich. There has been much published about Real Madrid approaching him on the merits of playing for the Champions League giant, though they were unwilling to match the numbers in the Bayern contract. Some have even made the teenager’s deliberations a question of his integrity and whether he would choose money over his potential future career aspirations. Premature reports that Odegaard had already made his decision and was signing the Bayern contract on his birthday this week were proven false, and that has spurred a flurry of activity from the many other interested clubs to court the sudden superstar. Speculation that Real’s discussion of their private conversations in the media has caused them to lose favor in his eyes has run rampant, and fueled the hopes of the other competitors.

Bayern Munich remains the frontrunner for Odegaard on the strength of the reported five-year contract they offered. Many believe that it is simply a matter of public relations and wanting to give the appearance of due consideration of the options that has delayed the reported signing. His father has given several statements to the media pointing them away from the perception of the young man as mercenary which has surfaced out some of the more malicious articles which have been published. In truth, he has lost little of his popularity as a result of the strange smear campaign, but his father appears to be very savvy with public relations, and has taken the spin to the spinners.

It is almost comical that the 16-year-old has even been criticized for considering monetary concerns as a valid factor in his career plans. Even a cursory view of the current lineups of any major club in either the Premier or Champions league will provide a veritable avalanche of unapologetic players vying for the top dollar, particularly with the January transfer window closing in. The hypocrisy of the print pundits is being revealed in a very public manner. It may be that a move to a Premier League club like Manchester United, Arsenal, or Liverpool, with their huge ties to both Euroopean and American media contacts would be a better deal for the young man in the long run anyway. They will certainly try to convince Odegaard of that for as long as he remains a free agent.

Martin Odegaard the Teenager Manchester United and Liverpool Are After added by Jim Malone on December 22, 2014
View all posts by Jim Malone →