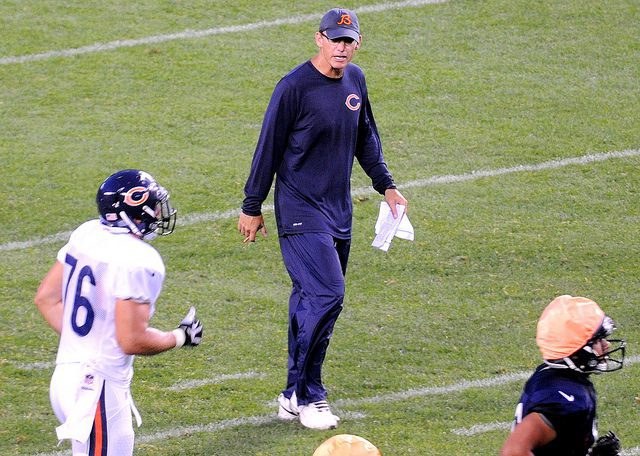 As the NFL’s regular season came to an end this past Sunday, certain coaches may or may not have been aware that that also meant they would be coaching their last game as well. Many rumors have circulated throughout the league over the last half of the regular season as far as which coaches will not be returning in 2015. As Sunday’s games ended, four coaches have officially lost their jobs on NFL’s Black Monday, and many are still rumored to add on to this front office nightmare.

Jim Harbaugh of the San Francisco 49ers, who arguably may be considered as one of the best football coaches in NFL history, agreed that his time in the NFL was done. Rumors of Harbaugh leaving was an ongoing issue all season. It was immediately after Sunday’s last game that he officially announced it was time to part ways. Tension began to arise last season between Harbaugh and 49ers general manager, Trent Baalke, which also eventually wore onto the players and ultimately affected their performance overall. As the season came closer to an end, it was said that if Harbaugh decided to not take a coaching job elsewhere in the NFL, then he would have considered coaching college football for the University of Michigan. Coincidentally, the university announced early on Black Monday that they have hired Harbaugh as the Wolverines head coach and has scheduled a news conference for Tuesday. Harbaugh will leave the 49ers with a record of 44-20. The San Francisco 49ers finished the regular season with a record of 8-8.

After seven seasons, the Atlanta Falcons have also fired head coach, Mike Smith. Falcons’ owner Arthur Blank has been reported to have been frustrated with Smith for the past two seasons, and it was also reported that Blank hired a search firm weeks ago to assist in finding a new head coach. The Falcons were able to reach the playoffs four out of the seven seasons with Smith as their head coach. Atlanta had an opportunity to win the NFC South division and become playoff bound, but could not find a way to perform in front of their home crowd. The Falcons lost to the Carolina Panthers this past Sunday with a disappointing score of 34-3. The Falcons finished with a record of 6-10, and Smith will leave the franchise with a record of 66-46.

The New York Jets have not only released their head coach, Rex Ryan, but they have also fired their general manager, John Idzik on NFL’s Black Monday also. New York Jets owner, Woody Johnson has already begun his search to significantly improve the Jets franchise by teaming up with Charles Casserly and Ron Wolf, both who have had decades of experience as general managers and have also dealt with personnel operations. It was reported that Ryan expected to be fired, but Idzik’s fate was more in the air as he was hired only two years ago. The Jets have not been in the playoffs for four straight seasons and finished with a record of 4-12, the worst record since their 2007 season.

The Chicago Bears may have been the team who took advantage of NFL Black Monday the most, as they seek to have a fresh start for the 2015 season. The Bears have released general manager Phil Emery, head coach Marc Trestman and also the offensive coordinator, Aaron Kromer. The Bears struggled all season and finished with a record of 5-11. Emery had hopes to rebuild Chicago’s defense after the retirement of longtime Bear-favorite, Brian Urlacher in 2012, yet could not follow through with this goal after just three seasons with the Bears. Trestman, who was criticized all season, lasted only two seasons with the Bears and could not find a way to reach the playoffs despite having a what-should-have-been explosive offense that featured Brandon Marshall, Matt Forte, Alshon Jeffery and Jay Culter, who was also criticized and blamed for the Bears disappointing season. Yet despite who was their quarterback, their front office nightmare has ended and can only hope for a fresh start in 2015.