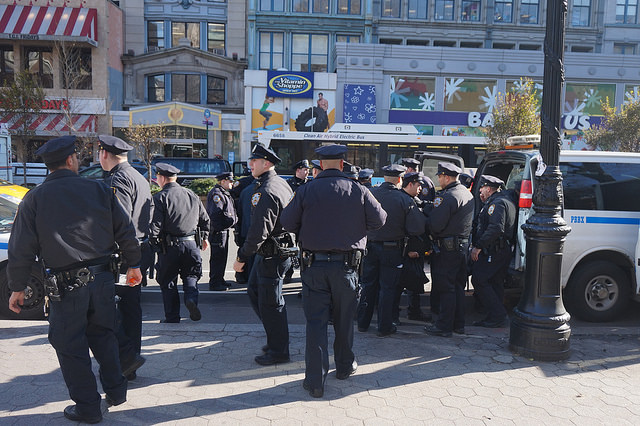 According to ABC News, Holder and U.S. Attorney for the Southern District of New York Loretta Lynch, both confirmed that an independent federal investigation will look into the July 17 incident. An internal search decision could take up to six months due to preparation of evidence and interviews with all NYPD officers involved in Garner’s case. ABC News reports that former New York City Police Commissioner Ray Kelly says the internal decision could be made sooner due to public scrutiny and media coverage.

A federal probe could unearth evidence originally withheld from public notice. All police officers involved in the Garner case, except Pantaleo, have immunity from prosecution in exchange for their testimonies.  According to the attorney for Garner’s family, Jonathan Moore, officers were granted immunity before any evidence was ever presented. The new federal investigation could overturn the grand jury’s case based on evidence not yet heard.

As of Wednesday’s grand jury’s decision, the 29-year-old  NYPD cop in the Garner case facing internal investigations was relieved of his badge and gun and is on paid suspension pending the investigations. The now-infamous eight-year police veteran released an apology to the Garner family, which Garner’s widow rejects.

The new procedures are intended to remind officers to treat all people fairly no matter what, says Commissioner Bratton in an Eyewitness News article. The reform comes amid civil unrest throughout New York City as activists and Garner supporters stage die-in protests halting traffic and blocking city streets similar to protests in Ferguson, MO.

The devices will be a pilot program for New York City officers to begin over the weekend and will hopefully lead towards a peaceful change between police officers and the community, says de Blasio. Marking the second consecutive day of protests, New York City Police arrested 223 protesters overnight Thursday after Pantaleo was cleared of grand jury charges.

According to ABC News, protesters hope for change now that the NYPD cop in the Garner case faces an internal investigation. De Blasio hopes the new proposals will cut what many activists are calling unfair treatment from the boys in blue, says The Huffington Post.