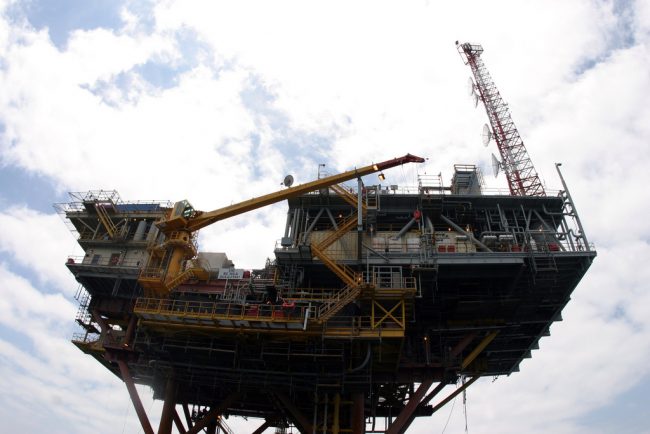 Various news outlets are reporting that the recent drop in oil prices is a direct result of Saudi Arabia trying to damage exporters like Russia, while others say the U.S. and Saudi Arabia are conspiring to topple Iranian king Bashar Al Assad and his allies. Assad is responsible for releasing most of the Islamic State’s (ISIS) leadership, which resulted in a strained relationship with Saudi Arabia. Others theorize that the recent drop in prices was orchestrated during a meeting between U.S. Secretary of State John Kerry and King Abdullah ibn Abdilazīz of Saudi Arabia in September. The Wall Street Journal is speculating that a deal was made at this meeting, in which the Saudis would stand behind the U.S. in airstrikes against ISIS, and in return, the U.S. would help in the global downfall of Assad.

Because they have been long-time rivals, the Saudi Arabi/Iran theory is plausible, as Abdullah would take any opportunity to wage an attack on Iran. Iran’s attempt to stockpile nuclear weapons and its open support of militants such as Hamas and its alliance, which distributes arms from Syria, make them high on Saudi Arabia’s radar. Add to this the division between the two in religious beliefs, and the theory gets more interesting.

Reuters reported in December that this seems to be a rivalry in which the winner of the conflict will take all, and it boils down to control of Lebanon and Iraq, with the ultimate determination of winner going to which country gains control. Iran is vulnerable on the subject of oil prices, and the Saudis, knowing of this vulnerability, leads one to wonder if a deal was struck to bring Americans in on this conflict by helping the Saudis. Iranian president Rouhani believes this to be a conspiracy theory. It was said that at a meeting of the cabinet this month, he spoke of politically motivated oil-price drops, and how they are directed against all Muslim people.

Still others take notice of the pipeline , saying that should it ever actually get built, it would give the upper hand to the Sh’ites by giving them control of the oil. Today, as the U.S. is backing wars in the Ukraine and Syria, most believe their aim is to reduce the power of Russia and China. On the other side of the coin, another drop of more than $20 a barrel would hurt U.S. oil production companies, according to the Wall Street Journal. Although everyone from the U.S. to the Saudis have come out to say there is no conspiracy theory in conjunction with the drop in oil prices, most feel there is more to the story than the politicians are letting on.

Global Research in Canada believes that hitting Russian and Iran in their pocketbooks is the motivation behind the oil price drop. In their article dated Dec. 29, 2014, they delve into the complex theories of why exactly the oil prices dropped so drastically. They raise good questions, including why Saudi Arabi would want to crash the Middle Eastern stock markets and increase the deficit if the end result means they would also be losing money. With that in mind, it would seem plausible that something else is at work here, and that the people cannot take this at face value.