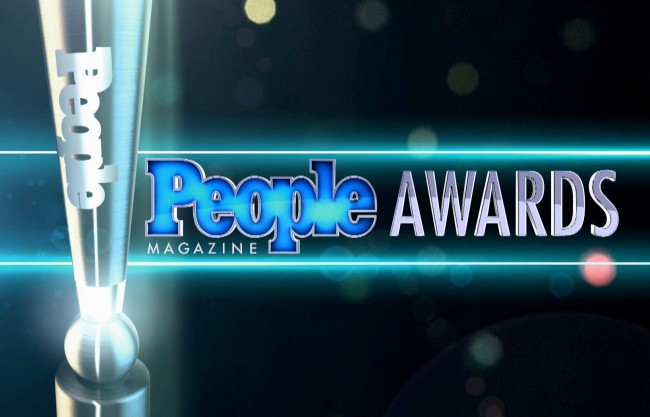 Awards season is off and running with nominees already announced for Screen Actors Guild and Golden Globe award shows in January. Tonight a new entry debuted and joined the reasons for celebs to don designer duds – the People Magazine Awards. However, the People Magazine Awards categories and festivities seem superfluous for any purpose other than ratings or another excuse for parading on red carpets in couture wear..

The first ever People Magazine Awards wants to join the pantheon of Awards season stalwarts, but have a ways to go before being taken as seriously as the Academy Awards, BAFTAs, Emmys and the like. Even the Golden Globes have earned more respect in recent years, and MTV’s various awards shows aim at a different audience with categories that do not garner Oscars (e.g., Best Kiss).

Produced by NBC and Dick Clark Productions, the evening featured some surprise winners and categories that reflect types of features in the publication. One of the top categories reflect’s that fact that a celebrity filled magazine was involved – Cover of the Year, which went to the issue honoring the late Robin Williams. The magazine might tout the Sexiest Man Alive, but the awards show honored the Sexiest Woman (Kate Upton).

Another unusual category was the Triple Threat award. The recipient, Jennifer Lopez, was honored as an actor, producer and singer.

The movie awards may prove to be a harbinger of future awards shows coming this winter. The movie performance awards went to Jennifer Aniston for Cake and Micheal Keaton for Birdman.

The top TV categories included performance awards for actress and actor, which went to Lisa Kudrow for The Comeback and Jon Hamm for Mad Men. Top TV Couple of the year went to Mindy Kaling and Chris Messina for The Mindy Project and Jimmy Fallon was honored as talk show host of the year.

Maroon 5 was one of the performers (Lead singer Adam Levine was last year’s Sexiest Man and is a coach on NBC’s The Voice). His Voice co-coaches this season — Gwen Stefani and Pharrell – were also in tonight’s show and Stefani won Style Icon of the Year.

Two awards honored up and coming stars. Chloe Grace Moretz (who was in The Equalizer, If I Stay, Muppets Most Wanted and Laggies this year alone) was named as “next generation star” and Billy Eichner was honored as breakout star of the year for his Billy On the Street on Fuse as well as his guest-star stint on Parks and Recreation

The People Magazine Awards, according to Dick Clark Productions Web site “is a celebration and recognition of the year’s most influential and talked-about people in pop culture, celebrity and Hollywood that have fueled the country’s conversations.” No matter what, the People Magazine Awards seem like another superfluous excuse to garner ratings by having fan favorites from all fields as guests.