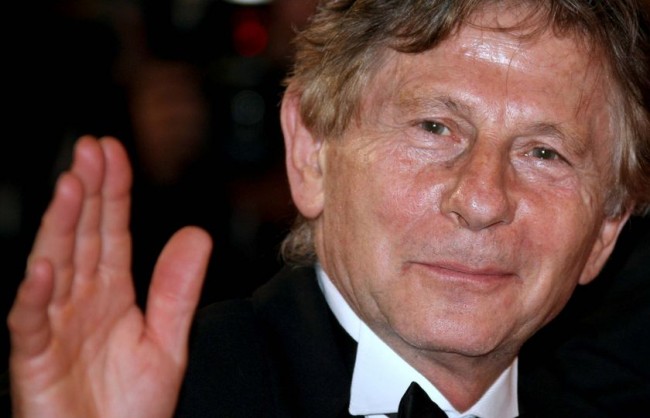 Roman Polanski continues to leap through legal loopholes as the 81-year-old filmmaker once again attempted to have his decades-old sexual assault case dismissed. Alas, the Oscar-winning director found his latest move as ineffective as his prior bid in 2008. On Wednesday, December 24, a Los Angeles judge denied the director’s bid for an evidentiary hearing to explore allegations of prosecutorial and judicial misconduct in the handling of his nearly 40-year-old case in hopes it would lead to a full dismissal of the charges levied against him, as long as he remains a fugitive from American justice.

The decision was handed down by Los Angeles Superior Court Judge James Brandlin in the latest of a series of defeats for the filmmaker in having the case dismissed without returning to the United States. Polanski, the world-renown director of such films as Rosemary’s Baby (1968) and The Pianist (2002), has not returned to the United States since fleeing his sentencing hearing in January of 1978, following his guilty plea to one count of unlawful intercourse with a minor for forcing himself on a 13-year-old girl named Samantha Gailey in the Spring of 1977 after an infamous photo shoot.

Roman Polanski is a man who has endured much tragedy in his life, which could have contributed to his sense of instability and continued need to flee difficult situations. The world-renown director’s early life included persecution and family estrangement during World War II. Polanski was born Rajmund Roman Thierry Polański in Paris, France on Aug. 18, 1933, and his family moved back to his father’s native Poland when the filmmaker was three years old. They were living in Poland when WWII broke out and were the victims of Jewish ghettoization and concentration camps throughout the occupation. Then, in August of 1969, Polanski’s pregnant wife, actress Sharon Tate, was murdered by Charles Manson and his followers during their Helter Skelter rampage in Los Angeles while the director was working in London. Following Tate’s death, Polanski was devastated and returned to Europe where he spent much of his time in Paris and Gstaad, but he did not direct another film until Macbeth in 1971, which was filmed in England. How these tragic events have affected Polanski may never be known or understood, and it could have contributed to the director’s continual need to leap through legal loopholes to escape what he may perceive as persecution for his past indiscretion.

Following his guilty plea to one count of unlawful intercourse with a minor, the famed director was sentenced to a 90-day evaluation in state prison. However, he was released after only 42 days when it was recommended that the filmmaker needed no further incarceration. When the presiding judge decided that he wanted Polanski to return to prison in order to serve out the remaining 48 days on his sentence, the director fled the U.S. in January 1978 and has never returned.

In his continued absence, Polanski’s attorneys had filed court papers on his behalf last week seeking an evidentiary hearing on what they called prosecutorial and judicial misconduct in the case in a bid to once again have it dismissed. The intent of the director’s legal team, at least in part, is to allow the Academy Award-winning filmmaker of Chinatown (1974) to travel freely without the threat of extradition. He has been detained, questioned, arrested, and threatened with extradition back to the United States on several occasions over the charges he fled nearly four decades ago.

As Roman Polanski continues to leap through legal loopholes in an attempt to have his decades-old sexual assault case dismissed, the Oscar-winning director found his latest move as ineffective as his prior bids as long as he remains a fugitive from American justice. The 81-year-old filmmaker’s bid for an evidentiary hearing to explore allegations of prosecutorial and judicial misconduct in the handling of his nearly 40-year-old case was once again denied. Yet, the U.S. has still not been able to successfully extradite the director back to American soil to answer for the charges levied against him. At this point, even if Polanski were to agree to return to the United States to answer for his crimes, his sentence for fleeing justice for 40 years would be much harsher than those of the original crime itself. This is likely one reason the filmmaker continues to remain a fugitive from American justice.